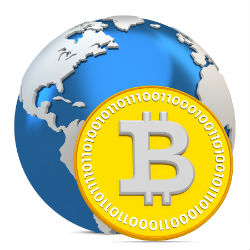 BitPesa accept Bitcoin from nearly anywhere in the world and exchange it for Kenyan and Tanzanian Shilling and allows individuals and businesses to send money to and from Kenya and Tanzania.

Tanzanians can now make a payment to any Tanzanian mobile money number instantly from anywhere in the world for a transaction fee of 3%.

Company’s CEO Ms. Elizabeth Rossiello recently said at the Bitcoin Africa Conference in Cape Town recently that “about 97 % of the people in Kenya use mobile money and in Tanzania it’s even better as it is going to be mobile money 2.0 where they have three key operators using it instead of one company”.

BitPesa launched its international money transfer in Kenya in 2014 with the goal of expanding the service to the rest of Africa.

According to a World Bank study of 2012 Tanzania received USD 317 million in remittances out of which USD 15 million came from Kenya.