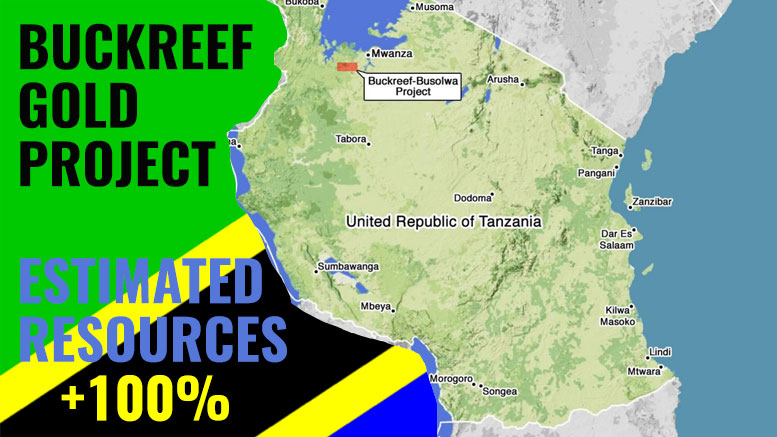 Tanzania Gold Corporation (TSX: TNX) (NYSE American: TRX) received an update of the Estimated Mineral Resources in the Buckreef gold mine project, which doubles the amounts of the previous estimates.

This is more than doubles the estimated Mineral Resource in the Measured + Indicated categories for the Buckreef Shear Zone.

The Buckreef gold project is located in north-central Tanzania immediately to the south of Lake Victoria and 110km southwest of Mwanza.

The Tanzanian State Mining Company (Stamico) acquired it in December 2010. Tanzania Gold Corporation has the right to earn a 55% interest in Buckreef with Stamico holding the remainder.

Formerly Tanzanian Royalty Exploration Corporation, Tanzanian Gold Corporation is a mining company with interest is in the exploration and development of gold properties, focusing primarily on Tanzania.