Suleiman Said Suleiman , Ag. Director General of the Tanzania Airports Authority, died on Monday, January 18th, 2016 while on a swimming workout in the Indian Ocean.

Suleiman joined the TAA as a junior officer in 1984 and climbed the corporate ladder to become Director General.

He will be remembered for being one of the few experts in the aviation field in Tanzania and for leading the construction of terminal 3 at the Julius Nyerere International Airport (JNIA) in Dar es Salaam.

TAA’s Director of Legal Affairs and Communications, Mr Ramadhan Maleta commented: ”We at TAA are mourning the loss of an exemplary leader with vast experience in management of airports.”

Mr Suleiman is survived by wife and three children. He was laid to rest at the Kisutu cemetery in Dar Es Salaam.

TanzaniaInvest would like to express its condolences to Suleiman’s family and colleagues. 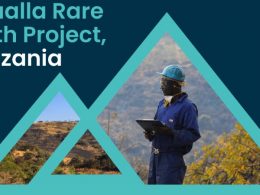