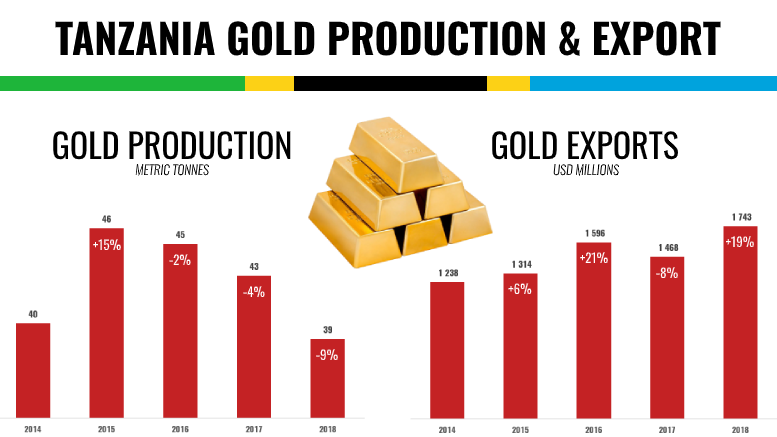 The largest Tanzania gold producer, African Barrick Gold (ABG), has released a report indicating that it contributed a total of USD 850 million in 2013…

State Mining Corporation STAMICO is now in control of the Tulawaka Gold Mine after successfully acquiring it from African Barrick Gold (ABG). The gold mine…

According to a recently released statement from the Bank of Tanzania (BoT), between October 2010 and October 2011 Tanzania gold exports have witnessed a 33…

New discoveries of Tanzania gold deposits are helping to confirm the country’s current status as one of the fastest-emerging gold producers in Africa and could,…

The Citizen has recently reported an announcement by the Lake Victoria Mining Company, a Nevada-based American organization, indicating the discovery of vast gold deposits in…