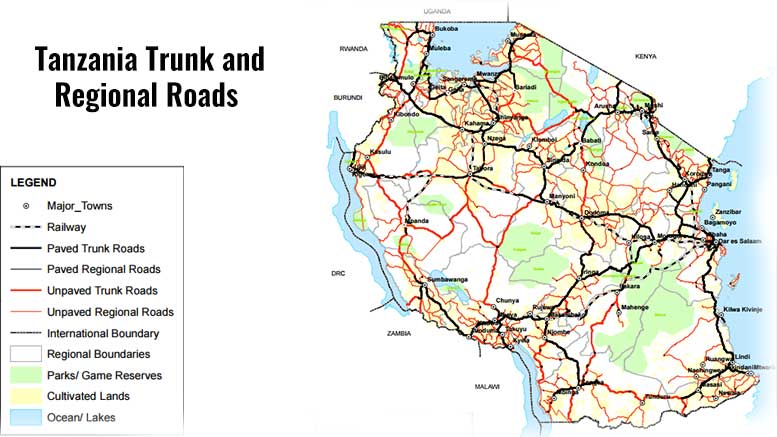 The project will include improvements to bitumen standards of the Tabora-Koga-Mpanda road and the Mbinga-Mbamba Bay road.

This is expected to support the agriculture and tourism sectors in Tanzania and to accelerate the country’s economic growth.

For this, in 2016–2017 the government has budgeted TZS5.47t equivalent to 25.4% of the total budget excluding public debt service for infrastructure projects.

According to a recent public announcement, plans are currently being made to open a new Tanzania roads network in the remote villages and tourist sites…