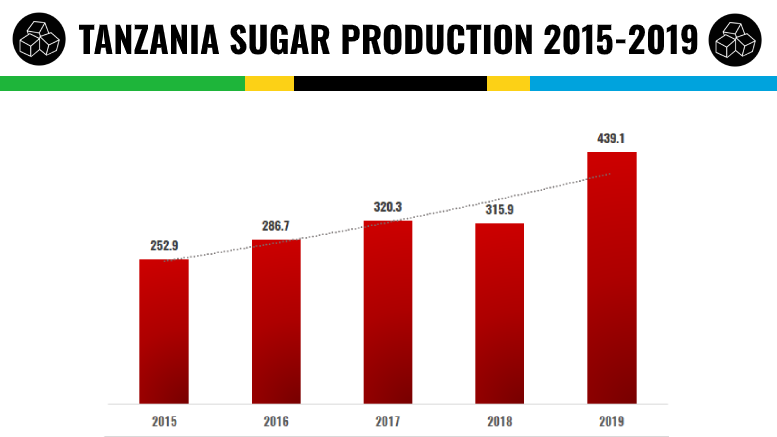 Tanzania’s sugar annual demand is estimated at 710,000 tonnes in 2019 versus a local production of 439,100 tonnes in the same year. Sugarcane farming and processing in Tanzania is very limited and cannot meet the national demand and the gap is filled with sugar imports.

And in July 2021, the Tanzania Revenues Authority (TRA) has waived the 15% import tax on sugar for industrial use, as part of the 2021-2021 National Budget efforts to improve the business environment in the country.

The Commissioner-General of the Tanzania Revenues Authority (TRA), Alphayo Kidata, has announced that from 1st July 2021 the requirement of 15% import tax on sugar…

Tanzania and Cuba commit to strengthening bilateral relations with focus on economic benefits and mutual cooperation.

Tanzania has committed to facilitating investors from Cuba in sugar production and medical drugs.

According to the Prime Minister of Tanzania, Kassim Majaliwa, more sugar plants will be established in the next 4 years across the country to meet…