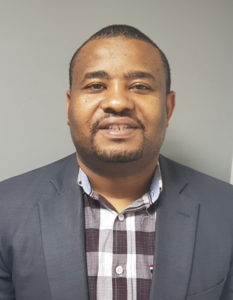 Tanzania’s population is comprised of a large number of youths who according to the last census, 44% of the population is under the age of 15.

The World Economic Forum on Africa predicts that the continent will be home to 1 billion young people by 2050.

The projections can either be a cause for concern by governments or seized as an opportunity to catalyze the trajectory of development across the continent.

There are less than 10 years remaining before 2025; the year in which Tanzania aspires to achieve its national development vision to attain middle-income status and become a semi-industrialized country.

The plan also highlights that education and training are essential for economic transformation by providing skills and generation of technology and workforce that can be deployed to change the country’s endowments from comparative advantages to competitive advantages.

In his State of the Union address in 2009, former President of the United States, Barrack Obama said, ‘in a global economy where the most valuable skill you can sell is your knowledge, a good education is no longer just a pathway to opportunity–it is a prerequisite.’

On a global scale, these views are echoed by the Education Commission– an organization that is chaired by former British Prime Minister Gordon Brown who believes in a future filled with opportunity – a future where, with the right education and skills, developing countries can find new routes to growth, built on human capital.

Once operational, the Commission seeks to deliver on its ambitious goals to mobilize USD13 billion annually in additional resources for education in countries determined to invest in and reform education through an International Finance Facility for Education (IFFEd).

Education is one of six priority sectors for state budgeting in Tanzania accounting for about 16% of the annual budget.

In 2015, the fifth phase government introduced a free basic education policy that eliminated school fees. However, more needs to be done in funding higher education.

On its part, the Higher Education Students Loan Board (HESLB) disbursed TZS427.5 billion in assistance to those pursuing degree programmes and aims to provide loans to about 123,000 students.

This leaves a tremendous gap in accessing finance for a large number of students who want to pursue higher learning.

Interventions in the education sector are imperative in realizing the sustainable development goals which challenge companies to leverage their resources and core competencies to support governments in delivering on their promise of education for all.

Stanbic Bank Tanzania has risen to this challenge through its student loan offer that provides a flexible solution that allows parents to support their children’s higher learning needs by meeting their financial obligations.

The bank believes that all its undertakings set something in motion; therefore, when you invest in education, you empower the dreams of students who fuel the growth of the country.

In the words of Nelson Mandela, “education is the most powerful weapon which you can use to change the world.”

All stakeholders have a role to play by making the necessary investment in the education sector today to safeguard future generations.