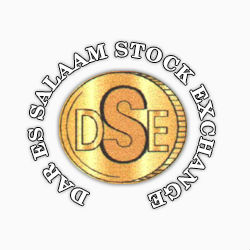 According to a Daily News Tanzania report, the performance of the Dar es Salaam Stock Exchange (DSE) in 2014 was one of the highest in the history of the bourse and promises to continue encouraging private sector investors to explore the equity market as a means of raising long term capital.

In a recent interview with the Daily News Tanzania, CEO of the DSE Moremi Marwa  explained that the DSE will increase its efforts in the New Year to better educate the business community and investors as well as government and policy makers on the role that the bourse plays in financing business and government programs.

Additionally, Mr. Marwa indicated that the DSE will continue working to improve the support services for bonds trading to further improve the liquidity and depth of the bonds with projections already indicating plans to list at least five companies in 2015.

Mr. Marwa went on to explain that the positive performance of the bourse over the past year resulted in a total market capitalization to Gross Domestic Product (GDP) before the October 2014 economic grew by 43% from levels of 30% in January.

“The equity market performance implies the DSE shareholders new wealth creation grew to TZS 22.7 trillion from TZS 16.5trillion in January,” he explained, “Our domestic and total market capitalization grew by 66% and 40 % respectively that some global news media places on the top list on this category.”

The Dar es Salaam Stock Exchange is a body corporate incorporated in 1996 and became operational in April, 1998.