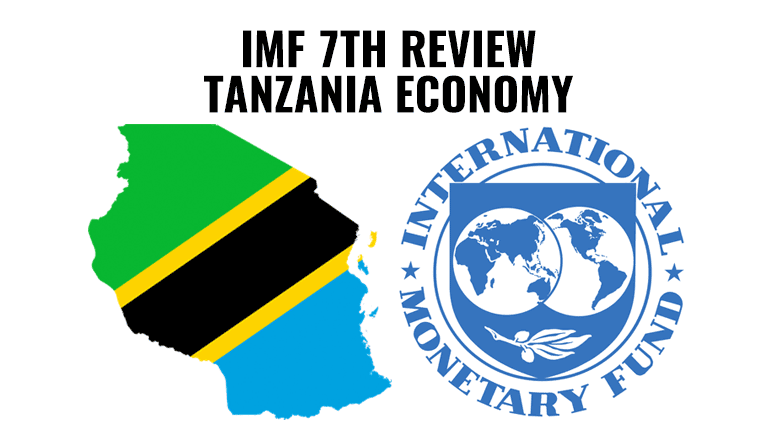 A team from the International Monetary Fund (IMF) visited Tanzania from 30th November to 12th December 2017, under the 7th review of the current Policy Support Instrument (PSI) program to help the country design effective economic programs.

The IMF indicates that macroeconomic performance under the program has been broadly satisfactory and that preliminary data for the first half of 2017 released by the Tanzanian authorities indicate that the GDP grew at a strong 6.8%.

The overall fiscal deficit on a cash basis was lower than programmed at 1.5% of GDP as delays in securing financing for projects held back development spending.

However, other macroeconomic indicators—lower-than-anticipated government spending and tax revenue collections, weak private sector credit growth and rising non-performing loans—suggest that there are downward pressures on growth.

Domestic payment arrears continued to increase, while tax revenue collections in the 2016/17 budget year were slightly below the program target, notwithstanding substantially lower-than-expected VAT refunds which were delayed by the comprehensive audit of refund claims.

In the banking sector, the ratio of nonperforming loans to total loans has increased markedly to 12.5% in September 2017, prompting banks to reduce lending even as the Bank of Tanzania has lowered minimum reserve requirements, its discount rate and stepped up liquidity injection operations.

The IMF team held discussions on how to address current macroeconomic challenges, noting the importance of enhancing budget credibility.

It also noted that addressing financial sector vulnerabilities should be a priority and welcomed the Bank of Tanzania’s efforts to resolve some unviable banks and the progress towards a transition to an interest-rate based monetary framework.

All in all the IMF believes that Tanzania faces significant challenges to meet its medium-term development objectives.

To this end, improvements in the business environment—policy predictability based on a strong dialogue with the private sector, regulatory reforms, timely payment of VAT and other tax refunds, and eliminating domestic arrears—must be pursued with urgency.

This reiterates the IMF’s recommendations after its 6th PSI review of Tanzania in June 2017 when it highlighted that to maintain high economic growth, a better and more predictable business environment, is critical.