The results were included in a report recently issued by the Tanzanian National Bureau of Statistics (NBS), covering the country’s GDP performances for Q3 2016.

NBS attributes the growth to an increase in the quantity of power generated from gas, which contributed more than 50% of the total electricity generated in Tanzania in Q3 2016.

TANESCO generated 75.2% of Tanzania’s total electricity; the remaining 24.8% was generated by IPP, including small scale plants. 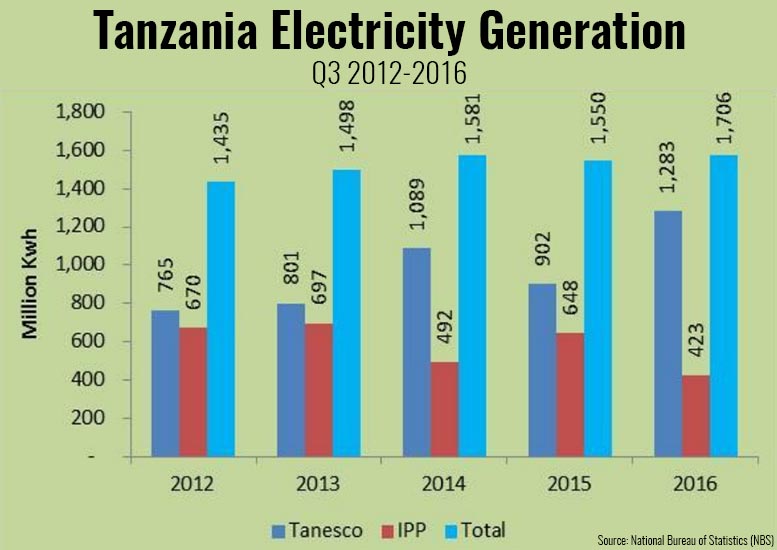 The recent discoveries of 57tn cubic feet of natural gas reserves off the coast of Tanzania have put the country on the world energy map.

The Tanzania Petroleum Development Corporation (TPDC) estimates that the country’s gas fields are large enough to cover the domestic power requirements and make Tanzania the next natural gas hub in Africa.

On 11th June 2022, the Ministry of Energy of Tanzania and the Tanzania Petroleum Development Corporation (TPDC) signed…

The Tanzania Petroleum Development Corporation (TPDC) hired UK law firm Baker Botts as the Transaction Adviser to the…
This website uses cookies to improve your experience. By continuing to browse the site, you are agreeing to our use of cookies.Accept
Privacy & Cookies Policy