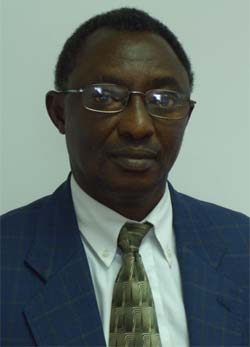 TANZANIAINVEST has been interviewing Dr. Fratern M. Mboya, Chief Executive Officer of the Capital Markets and Securities Authority (CMSA), to learn about the Tanzania capital markets and about the role of its institution within such framework.

TI: The Dar es Salaam Stock Exchange (DSE) was introduced in 1998. How would you assess the performances of the companies listed?

Fratern Mboya – Capital Markets and Securities Authority: If you look from 1998 for all the listed companies- except for Tanzania Oxygen Limited (TOL), which is under restructuring and, for this reason, the share price has now started to go up again- the current market share price, when compared with the IPO price, has in most cases doubled and, in some cases, tripled.

If you look at the dividend yields, most of the listed companies have been giving dividends of about 20% and none of them below 10%.

{xtypo_quote_right}If you look at the dividend yields, most of the listed companies have been giving dividends of about 20% and none of them below 10%.{/xtypo_quote_right}It is clear than that when the Capital Markets and Securities Authority came to be, we existed without a market, market professionals and products; basically without anything to regulate.

Accordingly, our prime responsibility was to establish the market itself. Eventually the Dar es Salaam Stock Exchange was established in 1998.

Secondly, we had to train market professionals and license them.

We managed to license the first 6 brokers and dealers.

Finally, we had to have companies listed.

However, our private sector had no suitable companies for listing, particularly taking into consideration our previous socialist background.

Furthermore, at that time the private sector did not see the benefit in getting in the capital markets and this is why the government provided the first parastatal companies to be listed and privatized.

The only private company that came in was TATEPA.

Therefore, although the reason behind the need for an efficient Capital markets was for long term financing of an emerging economy like ours, it is right to say that the Capital markets in Tanzania have not played a major role in the mobilization of resources for investment.

The privatization of the parastatal has been necessary anyway because private companies would not come in to be listed without a proof that the market has the capacity to mobilize resources, and this has been proved.

We have actually realized that the awareness of the Tanzanian public in terms of investing in capital markets is now very high and this is demonstrated by the oversubscription of the recent Initial Public Offerings (IPO).

One example is the DAHACO IPO which was for only 4 Billion shillings, but where subscription reached 31 Billion with 43,000 subscribers.

So you notice two things. The first is that the awareness is there.

The second is that the myth that Tanzanians do not have savings to invest in the Capital Markets is not true, in my opinion, and people are crying for more products in the market.

The next issue is how to bring in new private companies in order for them to see that Capital markets can be a cheaper avenue for mobilizing resources, rather than the other alternatives they are using today.

In fact, most of the private companies in Tanzania are family owned, and they raise their resources mainly through the family or complemented through borrowing from the banks.

Few of them have also come to the market through corporate bonds, as private companies clearly do not like dilutions of ownership.

To this extent, we started seminars with companies with potential for listing in order to better understand their concerns for listing.

It came out that companies are fearful of the fact that if they come to the market they will have to comply with full disclosure.

This has tax implications as these companies may not be extremely transparent in their accounting.

Therefore, we have made a recommendation to the government to implement a tax amnesty for these companies interested in being listed.

Also, more recently, private companies to be listed during the 2006-2007 financial year will have a preferential corporate tax rate of 25% for the first 3 years if they list over 35% of their capital.

{xtypo_quote_right}Private companies to be listed during the 2006-2007 financial year will have a preferential corporate tax rate of 25% for the first 3 years if they list over 35% of their capital.{/xtypo_quote_right}The question now is to whether this is unfair toward private unlisted companies that are more tax obedient and the fact that this may be the only way to successfully welcome further private companies in the stock exchange.

Another major concern raised is the perceived cost for flotation.

Companies tend to believe that such cost, including all intermediaries involved- such as the Dar es Salaam Stock Exchange, the advisors and the sponsoring brokers- are on the high side and prohibitive to them, with a cost over the value of the IPO from 10% to 15%.

The reason for this is that the companies that were listed were merely selling the ownership of the government and there was an arrangement to fix some of these fees and expenses, for example for the brokers, to encourage them when the market was virtually non-existent.

So, at the time the fees were not all determined by the competition which we have now opened up through liberalization.

It is up to the issuer now to negotiate the fees with the market professionals and we believe this will have a positive effect.

A third concern is the discount that the government has been giving to the public on the IPOs for the companies it aimed to privatize through the Dar es Salaam Stock Exchange.

The government, after determining the IPO market price for selling its ownership, was selling the shares at a substantial discount.

An example is the recent IPO for TWIGA Cement where the IPO price was 435 shilling per share.

On listing, the price went up to 700 shilling.

If the market value was actually right, such an abrupt increase in the price over such a short period of time would not take place.

The Government is doing this in order to empower the public and to create awareness about Capital Markets.

This is at the expense of discouraging private companies to be listed, where they are rightfully saying they cannot give to the public such a discount.

Therefore, the Government should now think to minimize the discount, although there will always be a discount, even for private companies, in the range of 5% to make sure shares are oversubscribed and you create liquidity in the secondary market.

So, these are some of the issues we have to live with in developing the Capital Markets in Tanzania, but I think we have reached the stage whereby some of these things have to be minimized in order to encourage companies to come in.

We also have to be factual now.

We have been heavily dependent on these privatized companies and there are not many big and good ones remaining to be privatized.

Therefore, there is the need to concentrate on private companies and encourage them to enter the Capital markets.

The only way to do it is for them to be able to see that Capital markets are an alternative for mobilizing resources and at a cheaper cost.

TI: There have been some talks about the benefit of introducing an alternative capital market. Can you clarify this issue?

FM: Another thing we have realized is that the conditions for listing on the Dar es Salaam Stock Exchange are deemed very stringent.

If we look at the economy of Tanzania and its composition, we see that most of the companies are Small and Medium Companies (SME).

Also, there are some big companies who would like to come to the market, but because of such stringent requirements they do not qualify and yet investors would like to buy those securities.

There are also start-up companies, with very good business plans but which lack a track record.

So, we did a “Market Structure” study that has clearly come up with the recommendation to establish an alternative investment market, which is simply a riskier market.

As a matter of fact, the World Bank First Initiative analyzed the opportunity to establish such an alternative market and their outcome was positive.

So, we are now in the process of establishing such a market and, in my opinion, we will have to welcome a good number of companies.

TI: How open is the Dar es Salaam Stock Exchange to foreign investors?

FM: The Bank of Tanzania (BOT) regulation allows foreign investors to hold up to 60% of the ownership of a listed company.

Therefore, foreign investors can currently participate in the market but the liquidity is not there.

TI: Which are the benefits of foreign participation in the Dar es Salaam Stock?

In this way, the Stock Exchange can also act as an exit mechanism for foreign investors entering in Joint-venture with local partners.

TI: What would like to make sure foreign investors understand about Tanzania?

FM: First, I would like to stress the array and amount of investment opportunities available in Tanzania, particularly in this transition period when we are restructuring and developing our economy.

We have a lot of potential for development in the tourism and mining, industries and, more recently, in agriculture with the government’s emphasis on this sector following the amendment of some of the lands laws which are said to be prohibiting investment in agriculture. {xtypo_quote}I think […] Tanzania ranks among the best investment destinations in Africa.{/xtypo_quote}

Second, there is an enabling environment that actually attracts foreign investors to come in, including tax incentives that the government is giving intentionally.

Third, we have a political stability of which we are proud, and which has been sustainable for a long time.

Finally, we experience a stable macro-economic framework, sustainable by a price stability ensured by the Central Bank of Tanzania (BOT) and coupled with adequate fiscal measures that the government is undertaking.

This is why we experience very good relations with the International Monetary Fund (IMF), the World Bank (WB) and other bilateral international institutions.

I think because of all this in my own opinion Tanzania ranks among the best investment destinations in Africa.

Interview with Hon. Stephen Wasira Minister of Agriculture of Tanzania