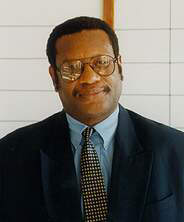 TanzaniaInvest.com had the pleasure of interviewing Dr Hamisi Kibola, Managing Director of UTT Asset Management and Investor Service (UTT AMIS Pls), a government-owned institution under the Ministry of Finance, which seeks to empower Tanzanians to become stakeholders in Tanzania’s economic development via ownership of shares, savings, and collective investment schemes among Tanzanians.

Dr. Kibola’s career in the financial sector began at the Central Bank of Tanzania, thereafter participating in the establishment of the Capital Markets and Securities Authority and then becoming Chief Executive of the Dar es Salaam Stock Exchange when it was established in 1998.

After serving for a period of five years at the Exchange, Dr. Kibola was appointed the Chief Executive Officer of the Unit Trust of Tanzania and has spearheaded a number of UTT initiatives during its journey of a decade.

Dr. Kibola has also coordinated the UTT restructuring programme into the three companies of UTT AMIS, UTT Microfinance and UTT Projects Management. He became the Managing Director of UTT AMIS in July,2013.

TanzaniaInvest: The Unit Trust of Tanzania (UTT) was incorporated in 2003 as the successor of the Privatisation Trust, with the purpose of allowing Tanzanians to be involved in the ownership of the equity of privatised and other companies in the country. What has been the rational for its creation?

Hamisi Kibola: In 2003 the privatisation exercise was at its height and questions were being raised about the effectiveness of Tanzanians participation in the exercise.

With the background of colonialism and thereafter socialism, Tanzanians were not familiar with the concept of shares or ownership of companies because in the period of socialism the Government owned the shares of public enterprises on behalf of the Tanzanian public.

When market reform was initiated, it was not possible for a lot of Tanzanians to participate in privatisation and the model that Government selected was to have a strategic investor who would take a large stake in a company, commercialise it, and thereafter having the balance of the shares sold to the public.

Hence the Dar Es Salaam Stock Exchange (DSE) was set up in 1998 the main function of which was to facilitate wider share ownership of Tanzanians.

By 2003 the number of shareholders was only around 60,000. These included institutional investors, pension funds – who took a substantial stake – high-net worth individuals, and other individuals who, due to public education and enlightenment programmes that had been carried out invested in the companies listed at the Exchange.

In 2003 questions were raised of what could further be done to make the participation of Tanzanians more effective and the idea of collective investment schemes was mooted.

The intention was to mobilise funds from a large mass of people, including low-income earners who invest in the range of TZS10,000 – 30,000 and build their capital over time in a unit trust.

Since 2003 we have established five funds.

TI: What’s the focus and purpose of each of UTT funds?

HK: The first one to be established was the “Umoja Fund”, the mainstay of the UTT, which is a balanced fund investing in both the equity and debt segment.

We then set up the “Wekeza Maisha Fund”, which is a Unit-Linked Insurance Plan (ULIP). This provides an investment opportunity as well as insurance cover.

Thereafter we set up the “Watoto Fund”, which is a Children Career Plan. It provides an opportunity for people to save for their children’s secondary education.

We also set up the “Jikimu Fund”. “Jikimu” is a Swahili word that means “subsistence”. This is a Regular Income Plan targeted at retirees who receive a lumpsum after retirement. The fund provides an opportunity for retirees to invest and earn a regular return.

Our research demonstrated that when people retire, they are usually unprepared on how to deal with their pensions so they end up losing it very quickly. We invest their pensions and provide them with an income on a regular basis.

We identified an opportunity to intermediate between the banks and the mutual fund sector so we established the “Liquid Fund”. This fund invests in typical short-term debt securities and allows investors to enter and exit at any time.

We have plans to set up other funds. These include a “Dollar Fund” targeting the Tanzanian diaspora to bring their money home.

There is also a plan to create a Real Estate Investment Trust. We want to provide an opportunity for the small investor to come in through our collective scheme.

Our key strength vis-à-vis an individual’s investment is that we are able to pool resources and invest at higher interest rates and over longer periods of time than an individual would obtain.

It is noteworthy that the capital account has now been at least partially liberalised and investors from the East African Community countries may invest in our schemes. We are also working towards offering our products in the East African market.

TI: How many unit holders has UTT reached so far?

HK: We now have around 120,000 unit holders. The market penetration rate has not been great.

We must also take into account that life for the average Tanzanian has become tougher and therefore the job of convincing people to invest into a fund is not an easy one.

Unlike pension funds, investors invest in UTT funds on the basis of confidence and trust. There is no regulatory compulsion for them to do so.

TI: What are the funds’ performances achieved?

HK: The Umoja Fund assets under management are TZS217 billion strong at present, which is about USD 123 million.

These good performances take inflation into account and have been based on significant appreciation of the shares of Tanzanian Breweries Limited (DSE: TBL), which moved from around TZS 8,700 per share in July, 2014 to TZS 18,000 per share in October, 2014.

UTT AMIS also very aggressively negotiates good deposit rates for funds invested with the bankers. We are also very prudent when investing in other products.

TI: What are the advantages of investing in UTT?

HK: UTT’s managed collective investment schemes provide portfolios which have taken advantage of the limited but yet good yielding investment opportunities available in the nascent market.

The funds provide access to the equities listed at the DSE as well as access to government securities. Our recently launched structured products programme allows investors with various objectives to access various investment opportunities in the country.

TI: In terms of fiscal incentives, are the gains tax-free?

HK: For collective investment schemes, the income distributed is tax-exempt and the 30% Corporate Tax does not apply.

{xtypo_quote_right}the income distributed is tax-exempt and the 30% Corporate Tax does not apply.In respect of dividend received from listed companies, the applicable withholding tax is 5%{/xtypo_quote_right}

TI: Towards the end of 2014, UTT gave birth to three separate companies with different purposes: asset management, projects infrastructure development, and micro-finance. Why the need of splitting?

HK: The philosophy of the UTT is to deliver products which are tailored to meet people’s needs. If one considers the Jikimu or Watoto funds one will establish that these were based on certain objective needs.

Over time we established that apart from collective investment schemes, there are still a number of opportunities out there which need intervention.

Given financial skills the UTT was able to intervene and develop innovative financial models for project financing.

We implemented a number of the projects in real estate and delivery of surveyed land. We also established that UTT could deliver a friendlier micro financing model.

A number of interesting proposals have come up, such that we felt the UTT projects development and micro finance activities are areas that need their own specialisation and focus.

The establishment of microfinance activities and the UTT Micro-finance PLC was based on the requirements of the unit holders who wished to use their unit holdings as security for micro loans.

The UTT Asset Management and Investor Services PLC continues the same fund management function that has been carried out by the UTT since inception.

TI: What are the challenges you foresee in encouraging Tanzanians to invest, and how do you plan to overcome them?

HK: The first challenge is the enlightenment of our people. We should continue to encourage and enlighten them to invest albeit in a small way but continuously and build up their resources.

I don’t see the possibility of poverty eradication without saving and investment.

There are those who discourage people from the villages that they are poor and can’t invest. They forget that in those villages there are businesses as well as valuable properties which could be transformed into financial investments.

People should invest slowly and build up their capital so that they become wealthy or semi-wealthy investors in the medium and long term – NO SHORT CUT.

The second challenge is infrastructural development. To manage funds, complex software which is expensive is invariably needed.

With a small management fee of 1.5% that is charged on schemes managed by UTT it is rather difficult to get state-of-the-art systems. It is an area where we have strived to achieve efficiency and effectiveness.

The software solutions we are currently using are only in respect of investor servicing.

We now have plans to invest in fund management as well as dealing software and that will allow us a more automated way of doing things.

{xtypo_quote_left}We now have plans to invest in fund management as well as dealing software and that will allow us a more automated way of doing things{/xtypo_quote_left}The third challenge is strategic linkages because, as the market is opening up and the capital account is liberalised, it is likely that foreign players will come in.

We should link up with reputable fund managers who have global experience so that the UTT Asset Management Investor Services PLC can also at an appropriate time become a global player.

Depending on the funds we will be setting up, other challenges will arise. If we set up a Dollar Fund, the exchange rate becomes a challenge.

And if we set up a Real Estate Investment Trust, then the value movements of the real estate market becomes a challenge.

However, these challenges bring with them immense opportunities.

TI: The purpose of UTT was to involve Tanzanians. Is UTT planning to open up to other investors as well?

HK: Yes. The Government has decided to liberalise the capital account but we appreciate this will be done gradually.

A time will come when the government may also open up for the global village.

TI: All in all, is in your opinion UTT understood today by Tanzanians?

HK: The UTT has a very good name. After ten years I am proud to say that the UTT has developed into an organisation which has delivered its promises to investors.

{xtypo_quote_right}I am proud to say that the UTT has developed into an organisation which has delivered its promises to investors{/xtypo_quote_right}There have been no scandals in the operations of the UTT. From the 120,000 investors there have been very few complaints over the years mainly centred on communication of investor information.

I am not getting younger and I trust that the people who take up the organisation in its next safari will move it to higher levels.