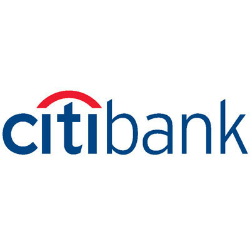 Tanzania is one of 6 African countries participating in the Power Africa Initiative that stands to benefit from the USD 2.5 billion pledged by Citi Bank in incremental capital for improvements to the access to electricity in the region.

Prior to their participation in the U.S.-Africa Leaders Summit, Tanzanian Minister of Energy and Minerals Professor Sospeter M. Muhongo and the United States Ambassador to Tanzania Mark Childress signed a bilateral Memorandum of Understanding (MOU) in support of the current and future U.S. Government support under Power Africa.

The newly-signed MOU expands commitments to the Tanzania energy sector to include the full range of U.S. Government inter-agency support to Power Africa and the Government of Tanzania’s own Big Results Now (BRN) Initiative to increase access to electricity and generation capacity.

With its recently announced USD 2.5 billion investment, Citi Bank will work to encourage the adoption and implementation of the appropriate technologies and, in partnership with local stakeholders, will introduce innovative debt securities and enhance financial infrastructure.

According to a statement from the US embassy in Tanzania, the Power Africa Initiative is designed to increase access to electricity in sub-Saharan Africa over the next five years beginning in six focus countries: Ethiopia, Kenya, Tanzania, Liberia, Ghana, and Nigeria. A key goal is to add cleaner, more efficient electric generation capacity.