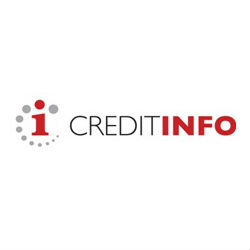 Creditinfo, the first licensed and operational credit reference bureau in Tanzania, has announced that they have been selected along with their business partner, VoLo Africa, to create, operate and manage a regional Private Credit Bureau (PCB) that meets the international standards for the eight member states of West African Monetary Union (WAMU).

Based on their experience in similar African markets and their commitment to making the PCB operational by June 2015, the joint-venture between Creditinfo VoLo was selected by the Central Bank of West African States (BCEAO) as the accredited company to operate in Benin, Burkina Faso, Côte d’Ivoire, Guinea Bissau, Mali, Niger, Senegal and Togo.

According to the CEO of Creditinfo Group, Reynir Grétarsson, Creditinfo VoLo is committed to developing the economic development of the countries in which they operate.

“We greatly appreciate the confidence of the Central Bank towards our company,” he said, “The increased financial inclusion will be part of the benefits of this project, which, we believe is one of the most exciting and ambitious project in this sector.”

Creditinfo received their license to operate in Tanzania from the Bank of Tanzania in 2013.

According to Davith Kahwa,  Executive Director of Creditinfo Tanzania “[CreditInfo] entrance to Tanzania was response to supporting government initiatives to strengthen the country’s financial infrastructure, which is a key pillar to support economic and financial sector growth and stability, promote financial inclusion, and reduce the cost of borrowing to the consumer.