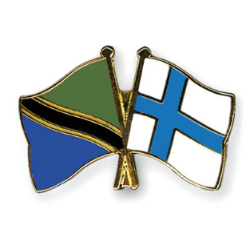 The Government of Tanzania has received EUR 4.8 million grant from the Government of Finland to support Phase Four of its Public Financial Management Reform Program (PFMRP).

According to Dorothy Mwanyika, the Acting Permanent Secretary in the Tanzania Ministry of Finance, the PFMRP has been in place since 1998 as a part of continued efforts to improve Tanzania public finances and increase transparency and accountability and the latest funding will help to accelerate the implementation of the development agenda.

“I would also like to reaffirm the government’s commitment to pursue sound economic policies, good governance and accountability,” she said, “We are committed to maintain and promote the partnership and cordial relationship that exist between our two countries.”

Hon. Mwanyika went on to indicate some of the achievements that had been achieved during the first three phases of the program including increased revenue collection, improved capacity in handling PFM reform issues, stable economic growth levels between 6%-7%,  and a strengthened National Audit Office to oversee functions and quality reporting.

The support from Finland represents the 6th development partner to provide support to the Tanzanian financial reform program following contributions from Canada, Denmark, Germany, Ireland and the UK.