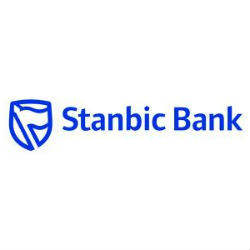 In the first benchmark-sized private placement deal by a sub-Saharan country, the Tanzanian government was successful in raising the capital from the global capital markets and the funds wil be in the form of unlisted and unrated seven-year floatin rate that will see proceeds go toward construction development and infrastructure projects in Tanzania.

The capital will fund Tanzania’s infrastructure development projects for the 2013 financial year acrooss various sectors of the economy including roads and railway equipment and energy.

Dr William Mgimwa, Minister for Finance and Economic Affairs “Despite the government being unrated, Stanbic Bank felt confident to advise it that its aim of raising the financing for infrastructure projects which is vital to the country’s economic development could be readily be fulfilled through a well-targeted private placement note issue in the offshore markets. We opted for an amortisation private placement as this means the 600 million dollars is paid back in instalments rather than a single large amount.”

“We chose the private placement route as we felt it was the quickest option for the country, given that Tanzania is not yet rated and this also gave the country access to a wide international investor base similar to a Eurobond” he added.

Managing Director of Stanbic Tanzania, Bashir Awale said “This deal represents a milestone in our ability to advise the government on how to access funding from the capital markets. It is also vital to note that these investments in key infrastructure projects, will, over the course of their economic lives, unlock benefits that will significantly enhance Tanzania’s GDP”.

Stanbic Bank Tanzania is a subsidiary of the Standard Bank Group, Africa’s largest bank by assets.

Planning for Success: Business Growth for Small and Medium Enterprises