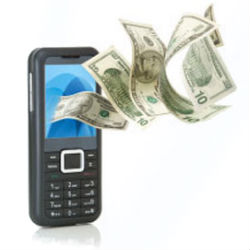 Tanzania mobile operator, Tigo, has announced the launch of a new mobile money service that will take advantage of an underdeveloped market for financial services in the country by enabling users to earn automatic returns on their cellular balance and to earn quarterly interest rates on their balance between 7% and 9%.

According to Diego Gutierrez, General Manager of Tigo, the newly launched service is consistent with the company’s overall commitment to developing Tanzanian mobile money services.

“What this means to our customers is that Tigo Pesa will no longer be just a service to only send and receive money, it is also a means to make an extra earning through the newly added feature – Tigo Wekeza,” he said during the launch ceremony in Dar es Salaam.

Tigo is currently the 3rd ranked mobile firm in Tanzania having recorded a 12% increase in mobile phone subscribers from 2013, with 6.6 million subscribers as of June 2014 and 3.5 million mobile money customers.

Tanzanian Mobile Companies Reaches Out To The Rural Areas