Bilateral relations between Turkey and Tanzania were strengthened with the first visit of the former President of Turkey Abdullah Gül to Tanzania in 2009 and the re-opening of the Turkish Embassy in Dar es Salaam the same year.

The Turkish Embassy in Dar es Salaam was first opened in 1979. However it was closed down in 1984 due to budgetary constraints. The Embassy was then re-opened on May 18th, 2009.

The Ministry of Foreign Affairs of Turkey indicates: “The establishment of the Embassy of the Republic of Turkey in Tanzania and the launching of Turkish Airlines’ direct flights between Istanbul-Dar es Salaam on 14 June 2010 and Istanbul-Kılımanjaro on 4 December 2012 provided significant contributions to the trade volume [2015: USD151m] between the two countries.”

In December 2016, Turkish Airlines launched a new route from Istanbul to Zanzibar (Istanbul-Kilimanjaro-Zanzibar-Istanbul), which will be operated three times per week.

Ali Karume, Zanzibar’s Minister for Infrastructure, Communications and Transport, said that the launch of the new route will open tourism and trade opportunities between Turkey and Zanzibar. 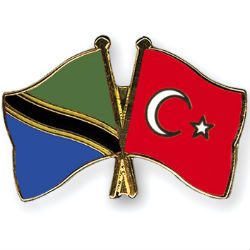 Turkey-Tanzania Trade and Investment On the Rise