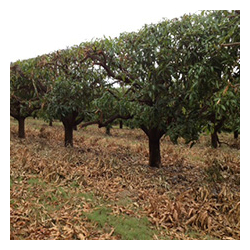 Obtala Resources has announced the expansion of its Tanzania agricultural operations in Morogoro, Tanzania with plans to plant fruit orchards that are expected to save the company as much as USD 1 million per year.

The lease for the land, which expands across 204 hectares, will run for an initial 15 year period and will then become renewable for an additional 15 years.

Obtala Resources has indicated that the fruit orchards are not only expected to help to offset costs incurred from buying fruit directly from contract farmers, but the additional land is also expected to result in increased revenue.

To that end, the Director of Agriculture for Obtala Resources, Grahame Vetch, indicated that the company will use the new block to create fruit orchards with low annual operational costs and with low upfront capital expenditures.

“The value of the crop will enhance as the trees grow and the concept of the value added packaging and branding under the Mama Jo’s label presents an exciting opportunity,” he said, “In the meantime we are buying in fruit from contract farmers but will be able to harvest our own crop in the near future providing significant additional cost savings.”

The recent discovery of the potential to process and sell dried fruits such as mango, pineapple, and bananas will help to grow the company’s operations in Morogoro, where they are also currently considering a plan to construct a canning facility to produce both canned and glass jar products that would deliver increased revenues.