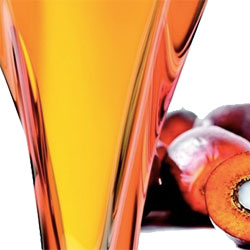 NDC, which owns 20% of the joint venture TB Tanagro Limited signed in 2013 with NBS, is leading the Integrated Oil Palm Project in the Ruvu River Basin near Tanzania’s commercial capital Dar es Salaam and so far 6,000 hectares of the total project area have been secured.

NDC expects to get 7,250 liters or 7.7 metric tons of palm oil annually from each hectare of land farmed, which means a creation of about 10MW of electricity from biomass that will be used to operate the project itself while the remaining will be sold to the national grid.

The expected project’s outcome is higher than the average of 5.1 metric tons per hectare annually obtained by members of the Roundtable on Sustainable Palm Oil based on a World Wide Fund for Nature (WWF) report on palm oil sustainability and profitability, however TB Tanagro Limited has not given details of how the outcome will be reached yet.

Oil palm has been chosen as it is ideal for commercial agriculture and to support the ‘Kilimo Kwanza’ campaign that is being implemented throughout the country, explains NDC’s website.

“Kilimo Kwanza” or “agriculture first”, is an initiative of the Tanzanian government to advance the country’s agriculture sector, which is responsible for almost a third of Tanzania’s GDP.

In the recent years, the Tanzanian Government has increased interest in biofuels specially the oil palm as an effort to hedge its economy against the effects of volatile fuel prices and to shift it towards an energy self-sufficient country.