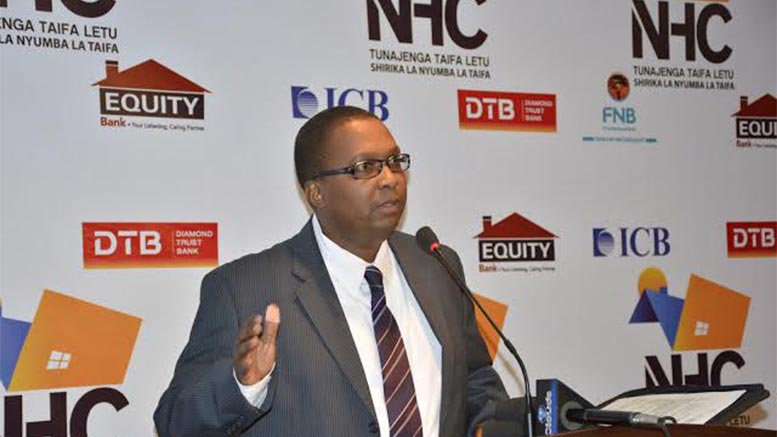 TanzaniaInvest had the pleasure of interviewing Oscar Mgaya, CEO of Tanzania Mortgage Refinance Company (TMRC), a private sector financial institution established in 2011 to support banks in mortgage lending by refinancing their mortgage portfolios.

Mr Mgaya discusses the progress TMRC has made over the past few years and talks about the strategies that can be employed to further develop the housing sector in Tanzania.

He also identifies the best investment opportunities, which lay in developing affordable housing projects to supply the huge demand.

TanzaniaInvest (TI): How successful has TMRC been in supporting mortgage lending in Tanzania?

From this, it is clear that the mortgage market is growing in support of the housing market.

It is then clear that the mortgage market in Tanzania has much improved and that TMRC has been a part of this success story.

Nonetheless the current total debt outstanding mortgage of TZS481b remains very small, at about 0.50% of the GDP of Tanzania.

So we are moving in the right direction but still have a long way to go.

TI: Which other issues still undermine the development of the Tanzanian housing sector?

Also, titling is still an issue with unit titles been processed very slowly.

Hence we could further accelerate the growth of the housing market by improving the process of granting unit ownership since most of the projects today are of multi-unit nature.

TI: How has TMRC evolve since it establishment in 2011 and what is your strategy for the future?

OM: TMRC used to be a solely member-based institution, as initially we were not lending to non-members.

We now give lines of credit to non-members as long as they are financial institutions licensed by the Bank of Tanzania (BoT) and engaged in the mortgage business.

The move to open up to non-members has been deliberate to gear up growth in mortgages as we can now impact the entire market.

Also, the Africa Development Bank (AfDB) approved a partial credit guarantee of up to USD4m to TMRC in May 2016.

This has been a milestone in our planned bond issuance, which will take place in 2017, where a bond guarantee from AfDB, typically incentivizes investors to invest in TMRCbond.

We appreciate AfDB’s confidence in us and our intention is to attract other Development Financial Institutions (DFIs) to invest in TMRC.

We are very excited by the progress we’ve made so far and for the foreseeable future we plan to grow further.

We are aiming at turning TMRC into the catalyst for growth of Tanzania’s housing and finance sectors.

For this, we want to be the institution of choice for the banking community and the financial services community for their long-term funding support.

To achieve this, we aim to attract more investors, whether borrowing or non-borrowing.

TI: Why invest in Tanzania, in housing?

OM: Tanzania offers a unique opportunity to investors since the potential of its housing sector is huge and has not been capitalized upon.

The housing sector is very important to the country as it impacts socio-economic aspects such as health, education and employment.

This is why I invite both the private and the public sector to look closely at housing in Tanzania and determine the role they can play in its development.

TI: Where do you see the most interesting investment opportunities in housing in Tanzania?

OM: The biggest investment opportunity in housing in Tanzania is in the supply side, especially in affordable housing.

There is a shortage of 3 million housing units in Tanzania, hence the demand is huge, particularly for affordable housing.

However, most of the developers focus on luxury housing because affordable housing carries tight profit margins.

This is why affordable housing is usually done with assistance from the government, in the form of incentives or subsidizes.

Private developers in Tanzania should work on large-scale projects and the government should provide incentives to make affordable housing commercially viable for developers.

I am confident that over the coming years, we will see more affordable housing projects in Tanzania.