The newly appointed Minister of State in the President’s Office for Investments Prof. Kitila Mkumbo has recently highlighted the Government’s guiding philosophy to promote and facilitate investments in Tanzania.

In an article published in The Citizen Newspaper, he reitertes that the Governemnt of Tanzania recognises the private sector as an engine for economic growth and a valued and dependable partner in our endeavour to achieve the 8-8 agenda of economic growth and jobs creation.

The 8-8 agenda was mentioned by Tanzania’s President John Magufuli in his speech during the official opening of the 12th Parliament on 13th November 2020, when he announced that in the next five years the Tanzanian Government will put great emphasis on key economic sectors, especially agriculture, livestock, fisheries, industry, mining, trade, and tourism.

The agenda refers to the economy grows at an annual rate of 8%, and the creation of 8 million jobs in the formal and informal sectors.

Prof. Mkumbo explains that the key strategic approach for promoting investments will be based on implementing the “Blueprint for Regulatory Reforms to Improve the Business Environment in Tanzania,” which has been approved by the government and adopted by a wide array of stakeholders, including the private sector and development partners.

The document, issued in 2018 by the Ministry of Industry, Trade and Investment (now Ministry for Industry and Trade), provides a guide to achieving the industrialization ambitions of Tanzania and creating the required business-enabling environment where the government and the private sector work hand in hand.

In this regard, Prof. Mkumbo ensures that the new government will continue to improve the environment for doing business by addressing all critical constraints and periodically measuring the progress and embrace the use of the “Doing Business Reports” by the World Bank (WB) for that.

Specifically, the aim is to raise Tanzania’s score in the World Bank’s Ease of Doing Business Index to at least 100 – and possibly attain a two-digit score in the next two years.

Additionally, a feedback mechanism will be put in place for investors and members of the business community so as to garner their views and assessments which government actions are mostly needed.

In addition, Mkumbo’s office will strengthen the Tanzania Investment Centre (TIC) – Tanzania’s investment promotion agency – at two main levels. Firstly, by revisiting the Investment Act with a view to giving the TIC a broader legal mandate so that it can play a double role in future: investment promotion, and enterprise development. Secondly, by strengthening TIC in the areas of communications/information provision, marketing, enhanced services delivery, and services diversification. For this Prof. Mkunbo will be putting up a robust performance framework that enables TIC to become an effective results-based institution in presenting concrete investment opportunities to its foreign and domestic clients.

In the WB Doing Business Report of 2016, which covers 2015, when John Magufuli was first elected President of Tanzania in November, the country ranked 139th among 189 countries for the ease of doing business.

In June 2016, the Ministry of Finance and Planning issued the Tanzania National Five Development Plan 2016/17-2020/21, in which the Government’s committed to creating a conducive business environment by addressing the obstacles to business, promoting investments and growth as well as ensuring the development of the private sector by providing a wide range of incentives and support. 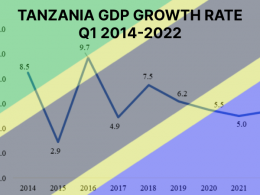 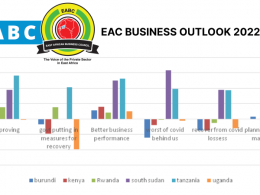 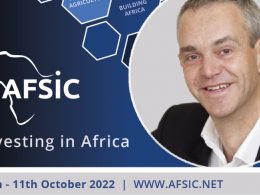 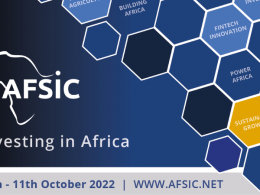