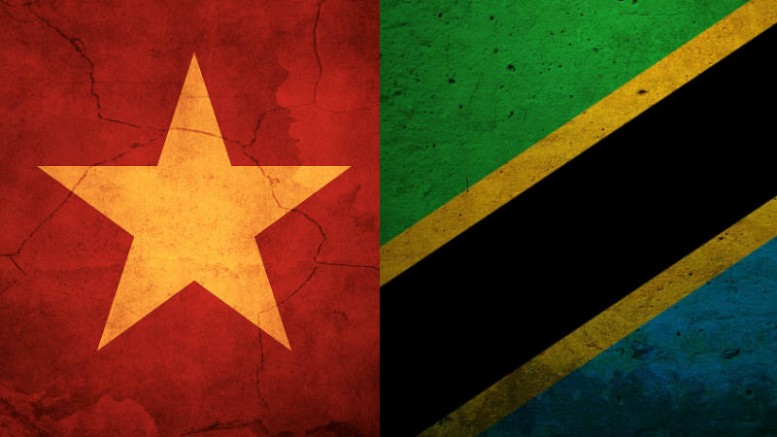 The Vietnamese delegation was compounded by government officials and approximately 30 private businesses’ representatives, whom undertook different activities during the three-day visit to Tanzania that took place between March 9th and 11th, 2016, and aimed at fostering trade and foreign direct investment (FDI) between both countries.

On its first day, President Sang reached an agreement with President Magufuli to take the bilateral trade to a new phase by dismissing a double-taxation clause that currently demands taxes in both the origin and destination for goods being exported between both countries.

Vietnam has always wished to enhance bilateral ties with Tanzania since it supported the Southeast Asian nation during its independence and unification process and currently backs its economic model while recording impressive economic achievements, explained President Sang.

On the next day, President Sang visited the Benjamin William Mkapa Special Economic Zone (SEZ) to receive comments from businesses about how to boost trade between both nations and share the Vietnamese experience that has brought to his country important achievements after 15 years of implementing a policy of FDI attraction.

According to Tanzania’s Deputy Minister of Industries and Trade, Mrs. Janeth Mbene, both foreign and local investors have better investment opportunities by tapping advantages from the SEZ schemes due to their efficiency in terms of facilitation and incentives packages offer by the Export Processing Zones Authority (EPZA) under the SEZ Law.

During the visit President Sang invited EPZA to speed up facilitation for investment in its SEZs by improving the infrastructure and the services provided, while assuring the arrival of Vietnamese investors at the Zones.

Vietnam played an important role in Tanzania’s economy in 2015 after Viettel Group injected nearly USD 1 billion of FDI inflows to the country to extend its optic fiber network to reach 81% of national coverage.

EPZA Sign MoU with TanzaniaInvest.com for Business and Investment Promotion

Tanzania Bagamoyo Port Construction To Begin Ahead Of Schedule