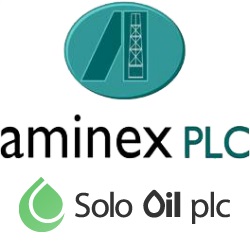 London-based oil and gas firm, Aminex PLC, has announced the USD 7 million sale of up to 13% of its stake in its Tanzania Kiliwani North Development License to Solo Oil PLC.

The sale of the Tanzanian gas field includes the Kiliwani North 1 well, which is projected to produce 20 million cubic feet of gas per day in the first half of 2015, and is expected to provide Solo with its first Tanzanian-generated revenue.

“This acquisition significantly increases Solo’s exposure to the rapidly developing Tanzanian gas sector and will provide valuable revenue for many years from the soon to be commissioned Kiliwani Gas Field on Songo Songo Island,” said Neil Ritson, Solo Executive Director in a released statement.

With no profits or losses attributable to the asset, Aminex will also benefit from the agreement and has reported plans to use net proceeds from the sale to not only further strengthen the company’s close partnership with Solo, but also reduce its outstanding corporate debt and strengthen its position for future expanded operations in Tanzania.

“[It] is an important step towards the company’s objective of paying down all outstanding corporate debt,” said chief executive Jay Bhattacherjee, Aminex Chief Executive, “Once this objective has been achieved, Aminex will be in a strong position to expand its operations in Tanzania and elsewhere.”