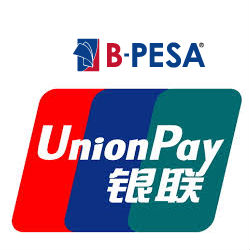 Introduced by Smart Banking Solutions, B-PESA card’s new deal with Shanghai based UnionPay will dramatically increase the cards access to markets outside of Tanzania.

The agreement will expand B-PESA’s operating territory to include 142 countries with 1.6million ATMs and over 12 million merchants.

UnionPay Chief Representative for Africa, Li Zhixian, emphasized the compatibility of the two payment service providers and suggested that B-PESA would have significant implications for the payment industry in Tanzania.

In recent years Tanzania has welcomed increasing numbers of Chinese enterprises and tourists.