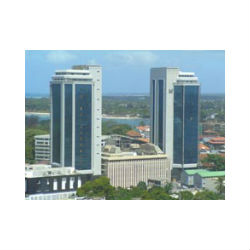 According to the latest Bank of Tanzania (BoT) Financial Stability report, Tanzania’s overall economic performance remained stable during the year ending March, 2014 with a recorded 7.0% economic growth in 2013, higher than the regional averages in both the SSA and the EAC, and projected continued growth of 7.2% and 7.5% in 2014 and 2015 respectively.

The Tanzania banking sector, which reportedly provides nearly 70% of total assets of the financial system, remained profitable and also experienced growth as a result of the country’s strong economic performance.

The BoT Financial Stability report indicated that growth of the banking sector “was driven by stable macro-economic conditions, establishment of new banks and expansion of branch network, growing banks linkage with SACCOS, introduction of agent banking, expansion of mobile banking and integration of mobile financial services to the banking system.”

Advances in technology, including the ongoing expansion of mobile banking, continue to enhance and strengthen relationships between financial sectors at national, regional and global levels.

With a positive financial stability outlook for the country for the remainder of 2014 and improvements in global trade and increased commodity prices expected to have a positive impact on Tanzania exports, FDI is also expected to increase.