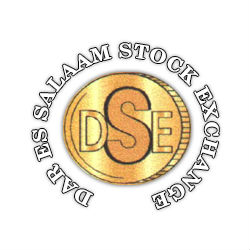 The Dar es Salaam Stock Exchange’s (DSE) trading volumes reached about 211 million USD this year, up from 31 million in 2010, thanks to improved efficiency, new schemes, and easier investor access.

Speaking at the East African Business Week in Dar es Salaam recently, DSE CEO Moremi Marwa, said the DSE is currently trading at about 25 – 31 million USD quarterly, up from 6.2 million USD in 2010.

Elaborating on the DSE’s improvements, Mr Marwa explained that the bourse shortened its delivery and payment settlement cycle to three days (down from five), and it adopted a Wide Area Network that allows brokers to trade from their offices, eliminating the necessity to go to the floor.

The Dar es Salaam Stock Exchange has been trading since 1998, and as of October 2013 there were seventeen listed companies, eight government bonds, and five corporate bonds.

In November of 2013 the DSE opened an alternative market, known as the Enterprise Growth Market (EGM), to target start-up businesses and business refinancing in an effort to help Small and Medium Enterprises raise capital and thrive in the Tanzanian market.