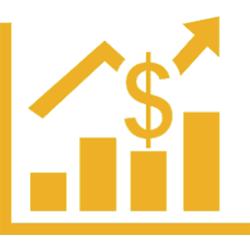 On a quarterly basis, the domestic market capitalization increased from TZS 9.9 trillion as of end of December 2014 to TZS 10.2 trillion as of 31st March 2015.

During the same period the total market capitalization also increased from TZS 22.3 trillion to TZS 22.7 trillion.

Once again for the seventh consecutive quarters, DSE was ranked as one of the Exchanges in Africa that delivers high returns to investors on its listed stocks.