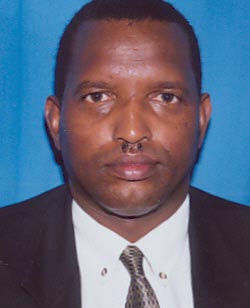 TANZANIAINVEST has been interviewing Mr. Jonathan Njau, former Chief Executive Officer of the Dar es Salaam Stock Exchange (DSE), to learn about the Tanzania capital markets and their further development.

TI: What has been the purpose in setting up the Dar Es Salaam Stock Exchange (DSE) and what has been its development since then?

Jonathan Njau – Dar es Salaam Stock Exchange: The DSE came to life as a result of the government policy of liberalizing the financial sector in Tanzania.

The history goes back to 1990, when the government sponsored a study done by a special commission on monetary issues in this country.

One of the recommendations from that commission was that Tanzania should have a capital market in order to assist in mobilizing the saving of Tanzanians and channel them into long term investments.

Prior to that, in fact, we had no capital market and the entire economy was financed through the money market so to speak.

At the same time, the DSE was introduced to assist the privatization initiatives undertaken by the government that was divesting of some of the parastatal companies that eventually went through the DSE.

TI: How many companies are now listed at DSE?

JN: We now have five companies that have been privatized through the DSE: Tanzania Breweries Limited, Tanzania Cigarette Company Limited, DAHACO, Tanga Cement and TOL.

These are the five companies we have now here which, indeed, came from the privatization process.

We then have one private company from the private sector that came to issue shares to the general public: Tanzania Tea Packers (Tatepa).

This is a case of a private company that saw the use of capital market to raise long term capital.

At first they did not raise that much, about 800,000,000 Tanzanian Shillings, but later they kept issuing bonds to raise additional capital.

This is so far the only private company that came to DSE to issue equities throughout our market.

We have also other companies that issued bonds trough DSE such as Standard Chartered Bank, Barclays Bank, PT bank and East African development bank and BITCO, an oil manufacturer.

TI: Today, is the DSE a real private company led by private market forces or does it remain an attempt of the Tanzania government to artificially boost the existence of a capital market?

JN: Legally speaking, we are a private company.

We have our own autonomy as far as our operations are concerned, but we are still receiving some subsidies from the government, since establishing a stock exchange is not an easy task.

It needs financial muscle and in Tanzania we still do not have a strong private sector that would really take on this task of establishing a Stock Exchange.

So, the establishing of DSE was done under the auspice of the government and its financial support and part of our budget is still subsidized by it.

But operation-wise we are completely independent, and the government does not interfere in what we do.

TI: What do you believe would be the best way in which the DSE could help the growth of the private sector in Tanzania?

JN: The only way is through assisting private companies to access relatively cheap capital to expand or to establish their businesses.

Right now the cost of capital for any business obtained through the banking system remains very high in this country.

Two banks here issued bonds by which they raised capital at a rate of between 9% and 10%.

They are going to lend that money to the private sector at a rate of 18% and above.

TI: What is the cost of going public at DSE?

JN: The question of costs is a relative one since it depends on if we are talking of listing costs or of costs for going public.

When a company decides to go public there are a number of costs that this has to incur, such as hiring experts or advisers like lawyers, accountants, and auditors among others.

If you break down the cost of going public at DSE you will realize that this is less than 4%of the amount raised.

The 4% includes also fees payable to the Capital Markets and Securities Authority, the regulator.

TI: What has been the feedback of the companies that came to DSE? How would you assess the results so far?

JN: When the DSE started operations we expected to have not less than five new companies a year but that has not happened.

This because we expected more companies to come out from the privatization process to came straight to DSE but this has not been the case.

There are so many companies which have been privatized through the privatization process conducted by the Parastatal Sector Reform Commission (PSRC) that have yet to come here.

The strategic investors that entered the capital of such companies also entered in specific contract with the government by which they would turn around these companies and, at a certain point in time, they would float the remaining shares still in the hand of the government to the public trough the DSE.

However, such investors are now putting forward several reasons not to become public or to postpone the process, but I cannot really speak on their behalf.

TI: Apart from the once state owned companies, what is the feedback from proper private companies?

JN: We have approached several private companies that we believe have the potential to successfully list on DSE.

Each company was keen on considering the idea to access cheap capital through market listing.

What I believe may have stopped them is the fear of diluting ownership.

To this extent I would stress the fact that the benefits you may get through the capital market override whatever you are trying to protect.

Companies will be able to grow, access better HR and so forth, and you can still retain control by listing only part of the capital of the company rather than 100% of it, by giving 49% to the public.

So, it is very much a question of educating people and entrepreneurs.

At the same time, not all of these entrepreneurs, although lead by entrepreneurship spirit, keep proper records of their accounts, which are necessary to the process of becoming public.

The price of coming to the market is being transparent and many people fear so.

And that is not all; given the level of education per se, the concept of capital market is still a new concept in our country.

We came from a completely state-owned and run economy missing the concept of shares.

Now all of a sudden we are talking to people about the benefits of investing in shares.{xtypo_quote_right}If you now float your capital, shares will be taken the very first day.{/xtypo_quote_right}

The attitude toward the capital market in this country, however, is changing fast.

When we started the process of people buying shares of our listed companies this was very slow since investors had a wait-and-see attitude.

When the biggest companies joining in, Tanzania Breweries, first floated, the amount of shares available were not entirely absorbed by the marketplace so we had to return them to the government and suggest to issue the shares in trenches.

Now the trend is different. If you now float your capital, shares will be taken the very first day.

There is a rush now in buying shares by local investors.

TI: What is the advantage and impact to foreigners who either list or invest in DSE?

JN: FDI acts as an engine to the economy and, in the long term, if they float at DSE they will also be able to invite Tanzanians within the capital of the companies.

East African Breweries for example, a Kenyan company, has entered DSE and is already in other Stock Exchanges in Kenya and Uganda.

The reason for this is not really to acquire further capital, but rather to give the opportunity to its shareholders to sell in other markets.

At the same time, foreign investors may even decide to exit the capital so DSE can enact a powerful exit mechanism.

When it comes to foreign investors investing in companies listed at DSE there is still a law regulating the investment portfolio composition by which in any listed company foreigners are not allowed to own in the aggregate (individuals and companies) more than 60% of the capital.

Such thresholds were reached for the partially privatized companies listed at DSE, even before going public, through the strategic foreign investors welcomed via the PSRC.

For this reason, there has been no rush in foreigners buying shares of such companies and we have enough local investors to buy out the rest of shares that cannot be bought by foreigners.

TI: How has the total capitalized values of DSE listed companies increased since the start of this Stock Exchange?

TI: Overall, how should investors look at the DSE?

JN: Firstly, our Stock Exchange can be used as a source for cheap capital for the private sector to finance long term investments.

This is very important in Tanzania because we do not have yet such a strong private sector that can invest 100% in infrastructure projects which yields are after some 20 years.

No company in Tanzania is ready for that. Without such companies, how [would it be possible] to finance projects for roads, utilities and so forth?

So the government can issue bonds through DSE and so far the market is extremely captive in this sense where all bonds issues are oversubscribed.

TI: How do you forecast the further development of DSE?

JN: We did not have a good success in welcoming companies to list so far in perspective to our forecasts but as far as bond market is concerned we are far ahead of our neighbors in Kenya and Uganda.

So, {xtypo_quote_right}Our further development will be mainly on bonds listing.{/xtypo_quote_right}our further development will be mainly on bonds listing, taking into consideration that in any developed economy the financial sector finances itself for not less than two thirds via the bond market and also that a big segment of bond market means there are more economic activities of long term nature that are taking place in that economy.

Furthermore, bonds here are more appealing than equities since they overcome the fear of diluting capital in issuing shares.

This is why, for next year, we expect not less than four companies to issue bonds at DSE.

This is because of the wait-and-see attitude that characterizes the Tanzania market: with the two main banks that issues bonds at DSE, we expect more banks to come now.

TI: What, if anything, still needs to be done by the government to promote the use of DSE for companies to access capital?

JN: We advise the government to prolong the fiscal incentives now in place for such purpose, since a change of the rule at this stage would not be desirable.

If possible, we even advise to improve them by, for example, reducing the corporate tax for companies listing not less than 30% of their capital at DSE, from 35% to 30% as Kenya as just done in this year budget.

It is true though that we still have to see the result of that.