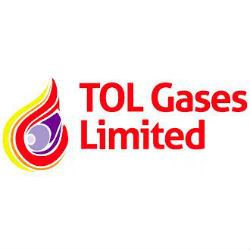 During the company last annual general meeting held on 29th April 2014 TOL board chairman Harold Temu, indicated that higher performances could have been achieved if the company had not been faced with a number of operational challenges.

These included pressure drop from the just commissioned wells at the company’s new Ikama plant in Mbeya, which resulted in limited carbon dioxide production levels for six months of 2013. However, the problem was resolved.

Meanwhile TOL Gases recent right issue has been oversubscribed by 32.7%.