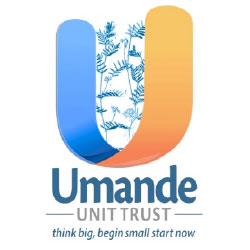 The event included the presence of the Managing Directors of leading financial institutions in Tanzania eager to know more in details about UMANDE and its benefits to investors.

UMANDE and CORE Capital are the brainchild of George Fumbuka, CEO of CORE Securties, named the best advisory brokerage firm in East Africa by Capital Finance International in 2013.

During the high profile cocktail Fund Manager George Fumbuka and Investment Advisor Nana Kumapremereh Nketiah unveiled the three funds that are offered under UMANDE, to cater for different investor profiles: the Umande Capitalisation Fund, the Umande Income Fund and the Umande Balanced Fund.

The funds provide access to the equities listed at the Dar Es Salaam Stock Exchange (DSE) as well as access to government bills, bonds and money market, in Tanzania and outside.

A major benefit of UMADE Collective Investment Scheme (CIS) is its high liquidity: being an open-ended fund Units may be purchased or redeemed on every business day.

UMANDE tax benefits also include no capital gains tax on Units redeemed and reduced withholding tax on dividends at 5%.