TanzaniaInvest had the pleasure of interviewing Israel Kamuzora, Commissioner General of the Tanzania Insurance Regulatory Authority (TIRA), in charge with coordinating policy and other matters relating to insurance in Tanzania.

TanzaniaInvest: The Tanzanian insurance market grew by 17% in gross premium returns in 2015, reaching more than TZS 650 billion. What are the projections for 2016? How consistent is such growth?

The one thing that actually makes our industry to grow is GDP growth, which has been on an average 7% annually in Tanzania.

These growing economic activities attract a demand for insurance, and that is why our industry has been growing so strongly.

As companies have opened up offices upcountry, more brokers have been coming in the market, and more agents.

Combining all those factors, that’s why we have maintained a growth of around 20% each year.

TI: It seems however that insurance penetration remains very limited at around 0.7% of the GDP. What is hindering the penetration of insurance in Tanzania?

IK: Yes, insurance penetration has remained more or less at the same level since the Gross Domestic Product (GDP) which is the base upon which you divide your gross premiums, has been expanding.

In 2016 however insurance penetration it is projected to be 0.9%.

What is hindering the penetration of insurance in Tanzania is mainly, the uptake of insurance hasn’t been something that people are rushing to.

And for insurance to be bought, insurance has to be sold. So, our sales force is something that we are looking at.

So, when banks will be able to sell insurance, this will increase the penetration ratio, because banks access people that have already made use of financial services as they are using the bank system to be able to transact businesses.

So, once the policy is adopted, which I am sure will be this year [2016], the banks would sell insurance in Tanzania.

Another thing that we think will increase the penetration ratio, are the gas exploration activities in the next one or two years.

This will also attract insurance coverage and all give us more premiums.

For this we are insisting that local companies will be insuring the risks and reinsuring at the same time.

The national insurance policy also contains quite a number of compulsory coverages.

Also, the policy will make the government to insure. The government has assets, and some are highly valuable but are not insured.

So, the policy will make these assets to be insured, and that will give us premiums.

Once it is adopted, the Policy is going to change the way that we have been doing insurance in this country and it will increase the demand.

TI: Do you also expect even more players to enter the market, with 30 insurance companies and 112 insurance brokers currently operating in Tanzania?

IK: Yes. From the fact that our economy is growing at that higher rate compared to other sub-Saharan economies, and yet the penetration ratio is less than 1%, that tells you that there is still potential of insurance business in this country.

So, we are very optimistic about the market seeing more companies wanting to come and do business.

As we are talking, we have companies who are having their licenses being finalized. So, definitely more companies are coming.

TI: How do you ensure that there is also uplift on local insurance companies?

IK: We are going to raise the required paid-up capital for insurance companies, from the minimum threshold of 3 million dollars. The aim is to double that.

Some companies have complied, some not yet. So, we can expect some mergers and takeovers in the next one or two years.

TI: Apart from life insurance that represents about 20% of the overall gross premium, which other niche segments hold the greater potential for growth?

IK: Medical insurance, which was not common in this country, has now become one of the major areas where we are making new business.

People have now learnt to insure against their health risks and they have taken policies.

This tells you that medical insurance is now becoming a new market area where insurers wish to venture into.

Micro insurance is another area that we are looking at.

So, people can now buy their policies online by using their mobile phones, and claims are paid using mobile phones.

If you are a life insurance investor, Tanzania makes a lot of sense because we are 50 million people as compared to our neighbours some with only 20 million people.

Secondly, if you look at the developments in Tanzania with agriculture, energy, infrastructure, the extractive industry, all these are projects that are here to stay for a while.

If you are a general insurance company or broker, you are assured of business as long as you have experience, that brand name and the right Underwriters who can come in, look around and get the business for you.

Thirdly, it is the East African community factor whereby you can make Tanzania your platform and reach out to Kenya, Uganda, Burundi, and Rwanda.

The East African community is becoming a single economic zone, and a single market to do business, and we are about to finalize the regulations to harmonize insurance across the region.

I think, all these are factors that can attract anyone who wants to come and do insurance business in Tanzania.

To learn more about insurance in Tanzania, read our FREE Insurance Sector Report. 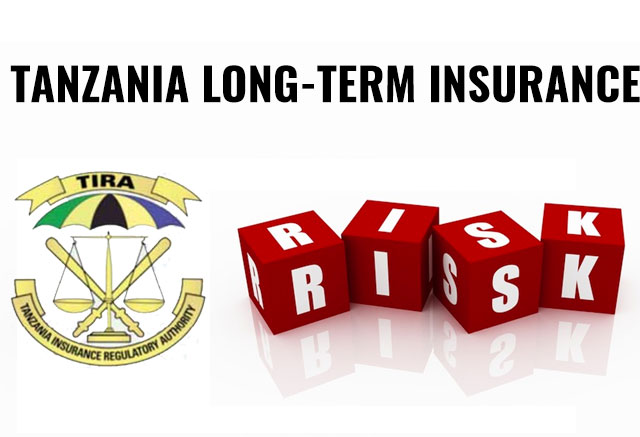