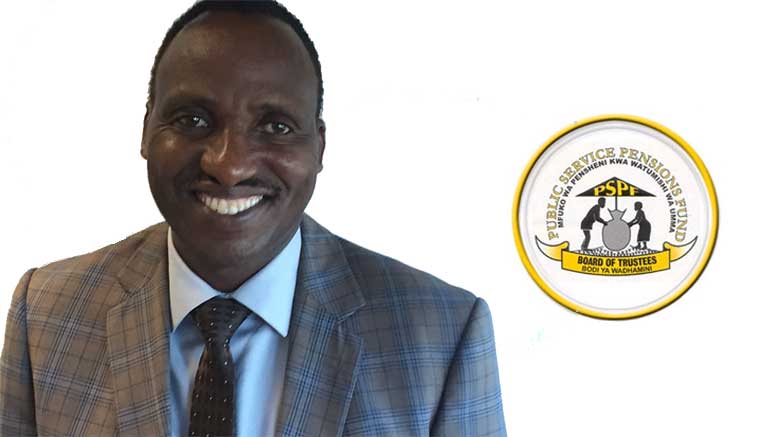 TanzaniaInvest had the pleasure of interviewing Gabriel Silayo, Director for Planning and Investment at the Public Service Pensions Fund (PSPF), a social security scheme established in 1999 to cater for employees of Tanzania’s central government and its executive agencies.

Silayo explains about PSPF’s current investment portfolio and performances, as well as the investment opportunities available in Tanzania in real estate with PSPF.

TanzaniaInvest (TI): One of the core functions of PSPF is to invest the money available in the fund. Can you guide us through your investment policies and strategies?

Gabriel Silayo: The Public Service Retirement Benefit Act, No. 2 of 1999 gives us a mandate to invest whatsoever we have as surplus, to different investment opportunities available in the country.

Our Internal Policy Investment Policy prescribes the whole investment process, the objective of investment and the areas where we can invest.

The investment guidelines are provided by the Bank Of Tanzania (BOT), which also guides us on how to divest our investments.

Limits are included in each portfolio where we want to invest to make sure that we don’t take too much risk in a single investment.

According to the policy, we include short and long-term investments but the strategy has been that, we always have to try to match the assets and liabilities, since a pension fund like PSPF has a long-term liability, but also maturing short-term liabilities.

So, we always make sure to balance the two, so that we can always be liquid to pay our members and our long-term liabilities.

TI: How do you balance short and long-term investments? What does your portfolio look like?

GS: Our portfolio consists of short-term and long-term investments.

Also, we have a number of investments in real estate in Tanzania.

We also invest in the stock market in Tanzania and in other markets in East Africa, which we are now allowed.

The recently issued guideline by the Bank Of Tanzania gives us a small mandate to grow our investments in the East African market, but we are not allowed to go beyond that.

We also invest in the collective investment schemes and subscribe into corporate bonds, some of which unlisted as long as they have been approved by the Capital Market & Securities Authority.

We also do some loan syndication with commercials banks that provide loans to private corporates, producing a good multiplier effect to the economy.

TI: Can you give us an idea of the overall split of the investment portfolio in terms of percentages?

About 10% of our investment portfolio is in government securities, though the guidelines require us to have at least 20%.

The reason why we are out of that limit is that, previously, we had other assets which were paying more than government securities.

But, from January 2016, we have seen the interest rates going up for treasury bonds and bills.

So, we are now actively participating in that market and we think, by the end of Q1 2016, we will have adjusted our portfolio.

25% of our investment portfolio is in real estate.

But the big chunk of our investment currently, about 40%, is with the government loans.

That’s also explaining why we didn’t subscribe much in the government bonds and bills – because we already have this large investment in government loans.

Around 20% of our investment is in fixed deposits.

The rest is split between corporate bonds, stocks, equities and corporate loans.

TI: What are PSPF investment activity preliminary results for 2015?

GS: In 2015 we had an average return on investment of about 15% on all of our investments, which is a very good performance in general.

The real estate also performed very well in 2015, with an average return on investment of 15%.

TI: What makes real estate so appealing in Tanzania?

GS: There are a number of factors that makes real estate in Tanzania particularly interesting. The first one is economic growth.

The Tanzania economy has been growing at an average of 6.8% for a number of years.

The private sector has been growing together with the growing economy; therefore, there has been an increasing demand for offices and for residences.

The foreign direct investment has also been growing given the discovery of natural gas.

Large foreign companies are coming to Tanzania, generating demand for offices and for residential apartments.

Also, with the growth in the economy, we have seen the middle-income class growing.

These people, most of them young graduates with good employments and good remuneration packages, demand for residential houses, therefore increasing the demand in real estate.

Because of all the above, if you are investing in real estate in Tanzania, you are assured of getting very good returns.

To give you a concrete example, our Golden Jubilee Towers in Dar Es Salaam city centre are full.

During the planning stage, we did a feasibility study and estimated that the payback period would be between 15-16 years.

But in fact as the towers are already 100% occupied, the payback period has come down to 8-9 years.

GS: We have just completed the buildings towards the end of 2015, with some minor touches and works that are undergoing.

We have started marketing the project last year and we are experiencing a very good response from the market to buy offices, apartments and commercial spaces.

On the residential apartments also, the response is picking up, with more than 10% of apartments already booked.

TI: The PSPF Towers are located in Dar Es Salaam city centre, while traditionally higher-end apartments are found in Msasani residential area. Why did put a project like this in the city centre?

GS: Dar Es Salaam city centre is very busy during the daytime, with most government offices and private business based there, but is empty at night.

Most of the people bought homes in the suburbs, in Msasani and other areas, resulting in very intense traffic.

But we realised that if there are no people at night in the city centre it is because there are no residential facilities available.

So if we provide residential facilities within the city centre, people who are working or have business activities there, would also want to live there so to avoid the traffic jams in the morning and in the evening.

And this has proven to be quite right because we have seen demand for our apartments.

But we thought there are also people who would buy residential apartments as investments, for rental to the expats who come to Dar Es Salaam under contracts spanning months.

Most of them are staying high-end hotels in the city centre.

So our facilities could be converted into residential apartments or hotel for expats, and we have seen interested in doing that.

TI: Can you give us an idea of the price range for buying and renting apartments and offices at PSPF Towers?

Only a very small portion of spaces available is for rent: the ground floor and mezzanine, because of their nature, for shops and other commercial activities.

TI: What are PSPF other real estate projects for which you are seeking investors?

GS: We are planning to construct a 5 star hotel and a shopping mall along the Ali Hassan Mwinyi road after the French embassy.

There is a big plot of around 13 acres there that belongs to the government. It used to be the Leaders’ Club plot but now it’s not in use.

The project is currently on the drawing board. We have started talks with two large hotel operators, Intercontinental and Fairmont.

They have visited the place, done the feasibility study and they are interested.

Their feedback is that the location is good. They think that given the growth there is demand for an additional 5 stars hotel in Dar Es Salaam.

But if we get more interested parties, we will accommodate them.

We also have a plot in Arusha, for which we are looking for investors to partners, to develop shopping mall, cinema hall and conference centre.

We have another plot in Mtwara, where the idea is to put in place something related to shipping or import-export.

TI: You were quoted saying, “Our future plan is to broaden our portfolio by investing in infrastructure projects and the agriculture sector. The objective is to build projects that will have an impact on job creation and help develop technologies to facilitate working in those areas.” Do you already have something going on in infrastructure and agriculture?

GS: Yes. We are starting the Public Private Partnership (PPP) policy to see how we can use it to invest in infrastructure, because, given the large capital requirements, PSPF can’t do it alone.

So, we are looking at partnering with private investors who are interested to join us in developing infrastructure projects.

We have already visited a number of investors outside the country who are interested and we are analysing the government’s priorities in infrastructure.

TI: What is most likely going to be your first project in infrastructure development in Tanzania?

GS: The first PSPF project in infrastructure is most likely going to be in roads.

We have submitted our bids for the Ubungo-Chalinse express road, in partnership with foreign investors, and we are waiting for the results as we speak.

But we also have ambition in railway and energy.

In relation to energy, we have a number of projects already in the pipeline that we are about to start.

We are also in close collaboration with the National Development Corporation (NDC) to see which other projects we should undergo.

TI: What about PSPF involvement in agriculture?

GS: Agriculture is the backbone of the Tanzanian economy with 70% of the population being employed in this sector.

But it is considered high-risk, because Tanzania’s agriculture capacity mostly depends on rainfall.

So, the risk is high but we are looking at areas where we can participate and bring a big impact on the people living there.

We are currently in discussion with an American company that has the technology and the market for sweeteners which can be extracted from sisal, which is abundant in Tanzania.

They are currently getting their sources of sweeteners from Mexico but they can do it in Tanzania too. They have already been here, tasted the Tanzanian Sisal and found it very good.

We are now looking on how we can partner with them and the Tanzania Sisal Board and establish a factory in Tanzania.

TI: Would PSPF be financing the project?

GS: Yes, we will be financing the project, as we don’t go direct in agriculture ourselves, we can’t do that.

We are trying to see where we can put up a linkage, improve production through that linkage and increase the income of farmers by creating a market for their agriculture outputs.

GS: I think everybody should look at Tanzania as a new opportunity for investment.

We have a very big area and a large population compared to other East African countries, so the market is there.

In addition, Tanzania borders eight countries of which six are landlocked, so if you invest here, you can access a bigger market in the region.

Tanzania is a peaceful country characterised by unmatched political stability in the region. Therefore, investment can be assured.

As of PSPF, we are the youngest fund in Tanzania but with a very good investment strategy, and we are doing very well as our performances show.

In my opinion, whoever is thinking of coming to Tanzania in search of partnership to invest in here should think about PSPF.