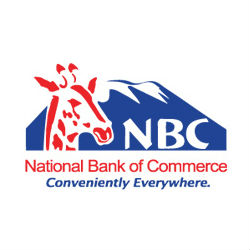 The National Bank of Commerce (NBC) Managing Director Ms. Mizinga Melu was selected overall winner of the Business Woman of the Year 2013 at the All Africa Business Leaders Awards (AABLA) finals, which were recently held in Johannesburg, South Africa.

The AABLA awards identify and honour exceptional leaders who are making a difference through innovation and inspiration in their industry sectors.

Ms. Melu was appointed to the role of Managing Director at NBC in May 2013. She worked in 6 African countries and boasts more than 20 years of experience in the Banking Industry.

Ms. Melu was recently interviewed by TanzaniaInvest.com to discuss Tanzania’s banking sector and economy and her vision and strategy for NBC: https://tanzaniainvest.com/banking-finance/interviews/871-mizinga-melu-national-bank-commerce