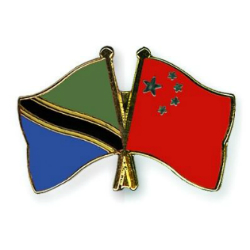 According to Tanzania’s Minister of Industry and Trade Abdallah Kigoda, China’s support to Tanzania industrial capacity is key to become a middle income country, as laid in Tanzania 2020 development vision.

The comment was made during an exclusive interview with the Xinhua News Agency, the official press agency of the People’s Republic of China and follows last year China’s commitment in assisting Tanzania to move to higher heights by making Tanzania a middle income country in the near future.

Kigoda reminded that China’s investment in Tanzania had reached USD 2.49 billion including a total of 522 investment projects in 2014.

The investment was majorly focused to build up the agricultural and industrial capacity of Tanzania by investing into factories and industrial parks, with local partners and mainly employing local people.

During the interview Hon. Kigoda mentioned that: “This cooperation will be very productive and it’s also timely because Tanzania now need to shift from agriculture-led economy to industry-led economy.”

To this regard Tanzania is implementing its Integrated Industrial Development Strategy, to raise agriculture productivity to global levels.

China’s 2.5 billion total FDI to Tanzania as of June 2014 makes it the biggest foreign direct investor in the East African country.

China to Construct 96km Power Line from Kenya to Tanzania