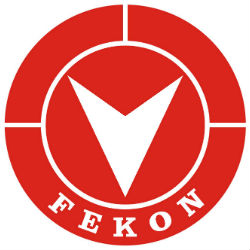 The Chinese based Fu-Tang Company is planning to build a new motorcycle manufacturing plant in Tanzania.

Speaking at the Mlele district in the Katavi region in Western Tanzania, Zheng Bing, the General Manager of Fekon factory, a subsidiary of Fu-Tang Company, said that the company was planning to build a new plant in Tanzania and that the relevant procedures had begun.

The announcement came shortly after the Chinese Embassy donated 44 motorcycles to the Prime Minister of Tanzania, Mr Mizengo Pinda, also through the Fu-Tang Company.

Guangzhou Fekon Motorcycle Co. Ltd., founded in 2002, in Guangzhou, China, is a large-scale enterprise with the integration of research, manufacture and sales of motorcycle and engines, with more than 1,000 workers.

Chinese Ambassador to Tanzania Dr Lu Youqing suggested that the motorbikes would be effective in encouraging development within the district as well help increase its level of income.

China and Tanzania have enjoyed a longstanding trade relationship with bilateral trade between the countries amounting to USD2.47 billion in 2012.