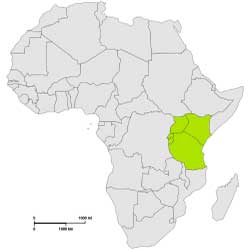 The Tanzania newspaper, the Daily News, went on to indicate that some those participating in the local Tanzania manufacturing industry immediately began to take advantage of both the domestic and the external markets in the promotion and sale of their products following the signing of the Common Market protocol.

According to the Daily News, one of the companies that has already begun to make use of the protocol is Jambo Plastics Ltd., of whom Manoj Suchak is the Managing Direcgtor.

The company, which was created nearly 15 years ago, is now involved in the production of a wide variety of plastic products, particularly those for use within the household.

In an interview with the Daily News that was given during the country’s recent Industrialization Day celebration in Dar es Salaam, Manoj Suchak indicated that Jambo Plastics sold its products both in the local Tanzania market as well as abroad to its export markets in Kenya, DRC, Mozambique, Zambia, Malawi, Comoro and Burundi.

According to Mr. Suchak, the company’s export market accounts for approximately 20 per cent of its total production.

Mr. Suchak went on to explain that Jambo Plastics sells its products directly to wholesalers, retailers and entrepreneurs, particularly women, who buy their products in smaller portions according to their individual capital capacity.

In addition, Mr. Suchak told the Daily News that the plastic goods that are produced by his company are both of good quality, having met international standards, and are also sold for a price that is affordable for those with an average income.

Currently, Mr. Suchak said that Jambo Plastics’ primary competition is not from other local manufacturers, but rather from the plastic products that are imported from neighboring Kenya.

According to Mr. Suchak, one of the biggest problems for his company, from an operational standpoint, is the unreliable supply of water and electricity.

In addition, he said that, in order to attract more investors to the country, the government should reduce the cost of doing business in Tanzania as well as the cost of transporting goods upcountry.

In his interview with the Daily News, Mr. Suchak went on to say that investment in the Tanzania industry sector will improve if the country focuses on improving the efficiency of roads, railways and ports through various rehabilitation projects.

Finally, Mr. Suchak also indicated that a review of the country’s labor laws was also in order so as to facilitate the recruitment of expatriate staff to fill jobs in specialized areas jobs and to improve industrial relations.