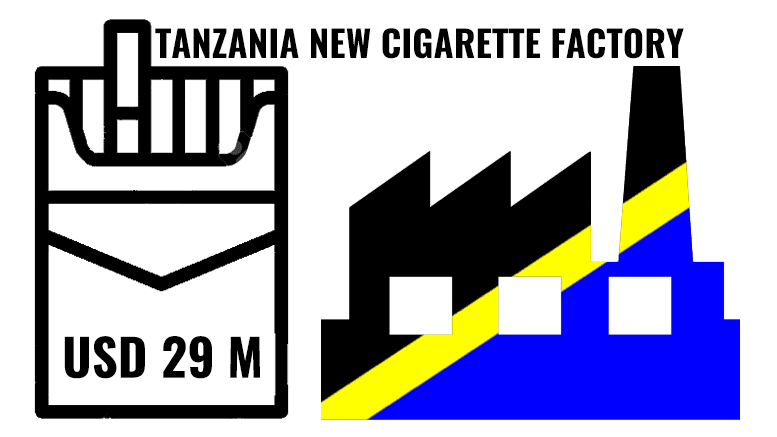 Located in Morogoro, in eastern Tanzania, about 122 miles west of Dar es Salaam, the factory will have the capacity to produce 400 million cigarettes a year to cater for the local and international market.

The new factory is the result of a deal between Philip Morris Tanzania Limited, an affiliate of Philip Morris International, the world’s largest tobacco company, and Mansoor Industries of Tanzania, for an investment of TZS 65 billion.

During the inauguration, President Magufuli has assured all investors who are building industries in Tanzania that the Government will continue to support them to ensure they are productive so that farmers can access markets for their crop, Tanzanians get jobs, and the Government gets taxes for the development of the country.

The Manager of Philip Morris Tanzania Mrs. Dagmara Piasecka said the company’s decision to invest in the country is based on a long-term vision and long-term belief in Tanzania due to the good environment of business, peace and tranquility, good economic growth and well-managed industrial policy by the Five-Phase Government.

The CEO of Mansoor Industries Hon. Mansoor Shanif Hirani explained that the new factory employs 224 Tanzanians and will be paying an estimated USD 5.5 million in taxes per year.

Another local cigarette producer, Tanzania Cigarette Company (DSE: TCC), indicated in its latest financial statement published a few days ago that the company’s profit dropped 34% in 2017 due to weak export performance and increased operating expenses.

Raw tobacco represents Tanzania’s most important exported cash crop growing from USD 169m worth of exports in 2010 to USD 318m in 2015.

The top export destinations of the Tanzanian tobacco are Germany, Russia, and Poland.