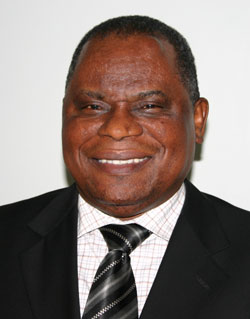 TI: Why was the Tanzania Bureau of Standards (TBS) established and what have been the Bureau’s main achievements to date?

It is an institution that facilitates trade.

The major functions of the Tanzania Bureau of Standards are to formulate and promulgate national standards in all sectors of the economy such as agriculture, mining, textile, chemical, environment, and engineering.

To date, we have promulgated more than 1,000 Tanzania standards.

The other function of the Tanzania Bureau of Standards is supervising the implementation of standards in the various sectors.

In this respect, we have established certification schemes, which are used to check the products that are locally-manufactured so that they satisfy the requirements of the standards.

So far, there are three popular schemes that we use to check the quality of the products in the market.

The first one is called the Standards Mark Certification Scheme.

This is the scheme by which we grant licenses or certificates to manufacturers who produce their goods according to the Tanzania standards, to put the “TBS” mark on their product.

This mark is very popular and many Tanzanians are aware of it.

It is used as a means of selecting quality products from a multitude of products.

According to the enabling Act of the Tanzania Bureau of Standards, there are two types of recognized standards in Tanzania.

One type of standard is the compulsory standard and the other type is the voluntary standard.

For the voluntary ones, it is not mandatory to put a TBS mark.

But the standards which have bearing on health, safety, environment, and exports are normally declared by the Ministry of Trade and Marketing as compulsory standards.

Manufacturers of products covered by compulsory standards are obliged to comply with the requirements of the relevant standards.

The second scheme we use to supervise the implementation of standards is what we call the Tested Product Certificate Scheme that mainly caters for exporters of products that don’t have a Tanzania standard yet.

If exporters want to export goods for instance to UK, and the products they make are not yet covered by Tanzania standards, we can use the company’s standards or the client’s standards and certify that the products are actually produced according to the standards required.

Under this scheme, we don’t allow anyone to use the “TBS” mark because TBS marks are to show conformity to Tanzania standards.

The third scheme is called the Batch Certification Scheme, which is used to check the quality of imports.

This scheme is used to make sure that Tanzania is not a dumping ground for substandard products.

Therefore, we check the quality of the imports before they are allowed to enter the country.

To every consignment that meets the requirements of a relevant standard, we issue a batch certificate and this true especially those that are covered by the compulsory standards.

To make sure that this is effective, we are going to establish offices at the border points in November 2007.

Furthermore, to make sure that all our products in the local market enjoy fair treatment in a level playing field, before the end of July 2008, we are planning to start a system that will be known as the Pre-Shipment Verification of Conformity to Standards.

The other thing the Tanzania Bureau of Standards is also doing is testing, by virtue of the fact that we are operating a certification scheme.

This means that we need testing laboratories where we can test the quality of the various products.

Another major achievement is the adoption of international standards for the business community to engage in fair business practices.

For instance, we have a Tanzania standard for cement, which is equivalent to the EU standard.

Another milestone is the accreditation of our metrology and food microbiology laboratories.

Currently, Tanzania sells fish fillet to the EU and we have more than 10 fish processing plants.

Whenever these plants want to export to the EU, they are required to have a test report which comes from an accredited laboratory.

Now, the Tanzania Bureau of Standards food microbiology laboratory is doing the testing of the quality of the fish fillets before they are exported to the European markets.

This is the second laboratory in Tanzania to obtain accreditation, after the metrology laboratory.

Tanzania is proud of the metrology laboratory being the fourth laboratory in Africa to get this accreditation.

TI: Do you consider the Tanzania producers competitive enough for the international market and able to take advantage of opportunities offered by initiatives such as African Growth and Opportunity Act (AGOA) with the US, and Everything But Arms (EBA) with EU?

CE: In my opinion, the Tanzanian business community is a bit shy in taking risks, especially when venturing in avenues they have not traded in.

For instance, I find the quality of their products competitive enough for the AGOA market, but the producers are reluctant to try to penetrate the USA market.

I think it’s a matter of being shy or not being aggressive enough.

TI: What role do you think can foreign companies and investors play within Tanzania’s investment framework?

CE: Maybe they are the ones that should provoke the local people, considering that in Tanzania, the environment is very conducive for foreign investors.

They should form partnerships with local people.

The foreign companies and investors should send to the Tanzania Investment Centre (TIC) their company profiles from which the local partners can choose to make business with.

TI: Are there any benefits for foreign investors who want to take advantage of the favorable investment climate here?

CE: There are many benefits.

TI: What investment areas would you suggest for foreign investors?

CE: Mining is an obvious area, which still has room for investment.

Agriculture is an area Tanzania is looking for investors.

There is also tourism, which is an area we need to aggressively develop.

We can also invite private-public partnerships in infrastructure investment.

Those areas are green areas for foreign investors.

TI: How would you describe what Tanzania is all about to investors who don’t know much about Tanzania?

CE: Tanzania is a very peaceful and stable country.

It has enacted legislations and regulations, which are conducive to investors.

The government has guaranteed investors that it is not going to nationalize their investments.

We have a big land for agriculture.

Investors are invited to engage in intensive agriculture.

Tanzanians are friendly and kind.

Even though the infrastructure is not at its best, that’s also one area for foreign investors to come and invest in.

Generally, the environment in Tanzania is very conducive for foreign investment.