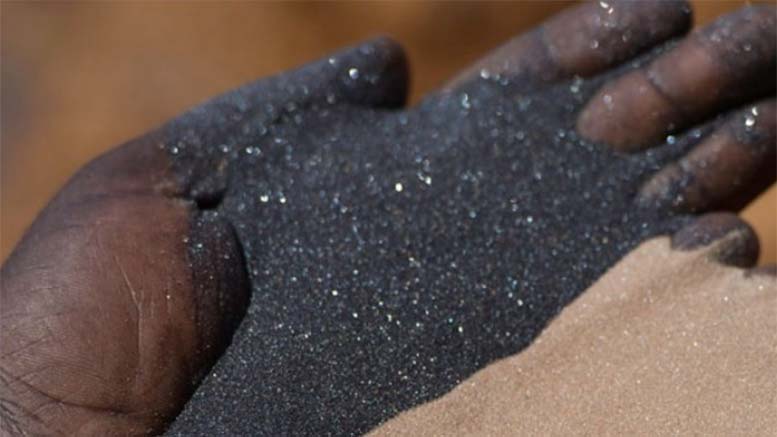 The President of Tanzania Hon. Dr. John Magufuli on 1st April 2017 swore in the members of a special committee to examine the extent and type of minerals contained in mineral sand in containers in various locations in the country.

Prof. Hamis Abdulkarim Mruma heads the committee of 8 scientists from geological, chemical and scientific backgrounds. The Members of the committee are:

The investigation will last 20 days after which the committee will submit its report to the President.

President Magufuli has assured the committee that the Government will provide all the support required to conduct the investigation, including various laboratories and other government institutions.

In addition, President Magufuli announced that he would establish another committee of economists and lawyers to evaluate the current mining policy and legislation, to obtain more information on the mining business in the country.

The Ministry of Energy and Minerals of Tanzania issued a ban on the export of mineral concentrates and ores for metallic minerals such as gold, copper, nickel, and silver, with effect from 2nd March 2017.

The ban is intended to ensure that mineral value addition activities are carried out within Tanzania as emphasized in the Mineral Policy of 2009 and Mining Act of 2010.

However, according to the Tanzania Chamber of Minerals and Energy (TCME) some mines faces imminent closure because of the loss of revenues from the sale of concentrates.

TCME believes that the mining companies operating in Tanzania need to be allowed to continue to export their products for smelting until when there us an operational smelter in the country.

Acacia Mining (LON:ACA, DSE:ACA), the leading gold producer in Tanzania, issued a press release on 24th march 2017 to provide an update on the impact of the Government directive.

“At Bulyanhulu and Buzwagi [gold mines] the combined direct impact of the current directive is the average daily loss of revenues of more than USD 1 million per day […] The mines are continuing to operate as normal and as a minimum have sufficient capacity to be able to place gold/copper concentrate into containers on site beyond the end of April [2017]. However, prior to reaching this point, during April, we will reassess how long we can continue to produce as normal if the ban remains in place and what other measures may be necessary,”, the press release reads.

TMCE urged the government to consider lifting the ban and to conduct a feasibility study to determine the viability and the preferred practical mechanism to develop smelting capability in Tanzania.