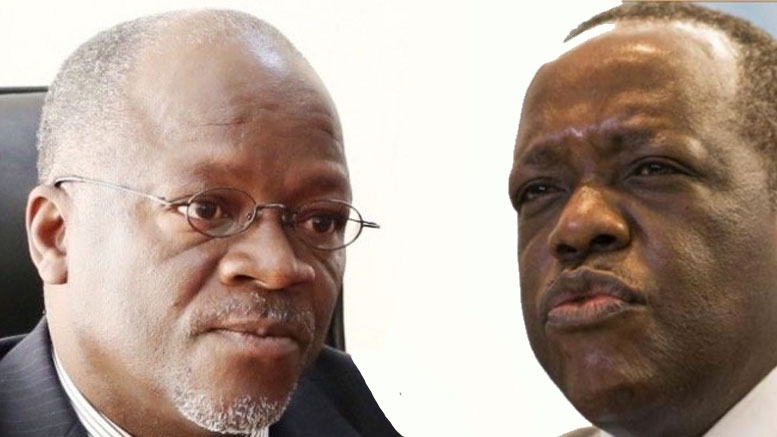 The Government of Tanzania has released yesterday the report of the Presidential Committee’s investigation into the contents of gold, copper and other minerals in the mineral sand in containers for export.

The report, in Shawili, identifies major discrepancies in the average concentration of these minerals, per ton of mineral sand, resulting in losses of revenue from royalties.

This average is equivalent to 28 kg of gold in a container with 20 tons of gold ore.

Thus, the 277 containers of mineral sand blocked at the Port and Dry Port of Dar es Salaam and will have approximately 7.8 tons of gold worth TZS 676 billion (USD 307 292 720), the report explains.

The committee reminds that the Tanzania Minerals Audit Agency (TMAA), the government’s body responsible for monitoring and auditing of mining operations, recorded an average gold concentration of 200 g / t, equivalent to 4 kg of gold per container.

However, shipping documents that the Committee received from port revealed that the average rate of copper is equal to 4 tons of copper in each container, equal to 1,108 tons of copper for 277 containers with a value of TZS 13.6 billion (USD 6,204,800).

Other Minerals
The Committee also analyzed and identified discrepancies in the concentration and value of other minerals, including silver, sulfur, iron, iridium, rhodium, ytterbium, beryllium, tantalum, and lithium.

In its recommendations, the Committee advises the government to maintain the suspension shipment of mineral sand abroad unless royalties are paid based on the real value of concentrate as outlined in the investigation.

Also, it advises TMAA to seal the containers immediately after sampling to avoid frauds that can happen afterward.

The Committee finally advises the government to ensure that the construction of smelters in the country takes place as soon as possible.

Following the presentation of the results of the investigation, on the same day, President Magufuli revoked the appointment of the Minister of Energy and Mines Prof. Sospeter Muhongo, with immediate effect.

Tanzania Mineral Concentrates Exports Ban
Tanzania issued a ban on the export of mineral concentrates and ores for metallic minerals such as gold, copper, nickel and silver, with effect from 2nd March 2017, and established two special committees to examine the extent, types and values of minerals contained in mineral sand in containers for export in various locations in the country.

The ban heavily affected Tanzanian gold producer Acacia Mining (LSE:ACA) who reported a reduction in sales of almost 35,000 ounces lower than production in its results for Q1 2017, because of the ban, the company explains.

Following the release of the investigation yesterday, Acacia re-iterated that it fully declares everything of commercial value that it produces and pays all appropriate royalties and taxes on all of the payable minerals that it produces.

The company also indicates that it will provide a further update to the market as soon as practical.