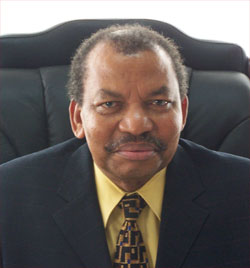 TANZANIAINVEST has been interviewing Mr. Peter Mwenguo, former Managing Director of the Tanzania Tourist Board (TTB), to learn about the Tanzania tourism sector and products as well as the investment opportunities that are available here.

TI: How would you describe the Tanzania tourism offer?

Peter Mwenguo – Tanzania Tourist Board: Presently, the Tanzania tourism offer consists of leisure, adventure, and products of special interest, such as bird-watching- thanks to the wide variety of our wildlife, or routes related to culture and history, with the 125 tribes that merged and settled here.

However, the backbone of tourism in Tanzania is represented by our wildlife, which constitutes approximately 60% to 70% of our product.

Due to the infrastructures present there, wildlife is primarily concentrated in the north.

However, the north is not really superior, in terms of wildlife, when compared to the rest of the country.

Simply in terms of infrastructure and superstructure, the northern parks are more developed.

For many years, Tanzania was dependant upon Kenya for tourism; the north is geographically close to Kenya and to its’ capital, Nairobi.

Hence, tourists would visit Kenya and then drive down to Tanzania; consequently, the northern parks have better, or more, facilities than those located in the southern part of Tanzania.

Tanzania’s other primary product is beach tourism, which is mainly concentrated in the two islands of Zanzibar: mostly in Unguja and, to a limited extent, in Pemba as well.{xtypo_quote_right}Our natural resources are unsurpassed compared to similar countries on the African continent; we represent a very competitive offer in this sub-region [of Africa].{/xtypo_quote_right}

The coastline of mainland Tanzania has equally beautiful beaches; we have already started developing some holiday resorts north of Dar es Salaam, towards the historical city of Bagamoyo.

Overall, I would describe Tanzania’s product as authentic and natural.

Our natural resources are unsurpassed compared to similar countries on the African continent; we represent a very competitive offer in this sub-region.

TI: How competitive is Tanzania in terms of price?

PM: That is open to debate, for example, are diamonds expensive?

Some may say that they’re not; it is a question of supply and demand that decides the price as either expensive or cheap.

It is also a question of value for money, the fulfillment of what tourists are expecting.

Some people argue that Tanzania is very expensive, yet when they come and visit the places I mentioned to you, they realize that actually, the prices are quite correct.

Hunting in Tanzania is part of the wildlife conservation process, it is not commercial hunting but, rather, tourist hunting; it is done in a planned manner.

We account for our wildlife on a regular basis and we issue hunting licenses accordingly.

People may say that Tanzania is expensive when compared to a common route such a Kenya, however, Kenya is different.

TI: What differentiates tourism in Tanzania from tourism in its’ neighbouring country, Kenya?

PM: Firstly, these two countries have very different tourism policies; the investments in infrastructures that have been put in place differ.

Tanzania has been concentrating on attracting a low volume of tourists in order to protect nature and to allow our product to remain premium for a long time.

We, currently, have approximately 600,000 tourists per year; our target is to reach one million by the year 2010.

A number of Kenya’s investments resulted in many lodges in smaller parks whereas, in Tanzania, you can find a modest number of lodges and room in a huge park such as the Serengeti, which is about 14,000 square kilometres.

The Masai Mara park in Kenya, which shares a similar ecosystem and is roughly 25% the size of Serengeti, offers 10 or 15 times the number of rooms available in Serengeti.

Similarly, some beaches in Kenya offer 2,000 room resorts; this is not the kind of tourism Tanzania is interested in.

We provide personalised services, privacy, for a rather top-end type of market.

TI: Still, flying to Kenya is much cheaper even if you are both in the same region of Africa.

We recently formed a committee, which comprises of experts from the TCAA (Tanzania Civil Aviation Authority), TAA (Tanzania Airports Authority), TTB (Tanzania Tourist Board) and the Ministry of Tourism and Natural resources, to address the issue of travelling to Tanzania.

In order to increase the number of tourists, we definitely need more frequency or, because the majority of tourists arrive by air, additional airlines to fly here.

Airlines often increase routes and once the demand increases, they’re able to reduce their prices; hence, the importance of marketing our product.

Unfortunately, our budget to promote tourism is limited when compared to countries like Kenya or South Africa.

Consequently, we are doing joint marketing with airways, travel agents, TAA and the TCAA.

Additionally, we are finalising our strategic development plan, which will act as a guiding tool to finance tourism promotion in Tanzania.

We are considering obtaining a portion of VAT revenues from the government.

South Africa already does this, Namibia started two years ago, and many other countries in Africa are attempting to do the same.

TI: How are you aiming at developing tourism in Tanzania?

Tourism, today, represents 16% of the GDP and the plan is to increase it to 20%, to generate employment and alleviate poverty.

We must remember, however, that if not properly developed, tourism can generate security problems, have a negative influence on culture, and can involve child labour.

Thus, Tanzania is a member of the World Tourism Organization (WTO) and applies the common code of ethics in place for both the operators and the tourists.

TI: What are the issues that need to be addressed, if any, to further develop Tanzania tourism?

PM: In tourism, they say that you have to address the four A’s: Attractions, Accessibility, Amenities and Auxiliary.

Attractions, we have them.

Accessibility, both within the country and to the country, are present in some places while in other areas, we’re still facing problems.

We do not have sufficient flights entering Tanzania.

Next are Amenities: the lodges, the hotels, and, finally, the Auxiliary services.

Therefore, the product is present, but is not complete.

The Attraction is there, however, we need to address the other three A’s: Accessibility, Amenities and Auxiliary.

For example, the south beach of Dar es Salaam represents a good beach destination, however, the infrastructure to travel there is not adequate.

Construction of the bridge uniting Dar es Salaam and Kigamboni beach should, most likely, begin next year.

To give you another example, Mafia Island is a lovely place, however, current access is only via plane, and the airstrip is in poor condition.

Being an island, we need access by boat too.

We want adequate infrastructures to ensure that roads, rail network and air access to the major entry points, Kilimanjaro, Dar es Salaam and Zanzibar, are in place.

The airports are already present, however, we need to improve them; the Zanzibar airport is already work in progress.

The Kilimanjaro airport has already been privatised and they are currently improving its’ facilities.

TI: You mentioned a current focus on developing the southern circuit. How will you reshuffle your actual offer to include this new destination?

PM: We talk about circuits, however, the products, in reality, remain the same: wildlife and beaches, which will eventually be covered by three areas instead of two.

The north consists of resorts with lodges and tented camps; the south, however, is primarily made up of luxury-tented camps.

We are currently experiencing pressure in the north where accommodations are lacking; however, we do not want to spoil the quality of the product.

The south is definitely for the up-market.

In the north there are presently three luxury-tented camps with prices ranging between $US 750 and $US 2,000 per day, and they are all full.

In the south, we are currently developing infrastructure on Mozambique’s northern border, which is well-developed in terms of tourism infrastructure.

Being a member of SADC (Southern African Development Community), Mozambique will benefit in jointly marketing its’ northern circuit with the southern part of Tanzania.

Over and above, under the SADC, we have the Mtwara development corridor, which aims to identify common economic development activities together with the neighbouring countries, namely Malawi and Mozambique.

We’ve already started the construction of the unity bridge, across Ruvuma River, which will link southern Tanzania and northern Mozambique.

Additionally, we plan on building a road from Mtwara port across the western part of Tanzania, thus creating a circuit between Tanzania and Malawi, and Tanzania and Mozambique.

TI: How can Tanzania benefit from Foreign Direct Investments (FDIs) in tourism, and what are the incentives in place for that?

PM: FDIs will not only create employment, but, in the form of the taxes investors pay, also revenues, thus creating other opportunities.

When you talk of tourism, which is not a stand-alone industry, the spillover is immense; in agriculture for example, it acts as a catalyst for industrial establishment and development, in the transport and communication industry, in arts and crafts-trading.

Beside employment and revenue, the benefits are immense.

Tourism is still a growing sector in our country.

Foreign investors are also allowed to take profits out of the country, at anytime, with no restrictions.

In order to avoid speculative investment, however, there are some security measures that have been put in place.

Previously, there were five-year tax holidays for investors in Tanzania, however, we realized that investors would sell their investment at the end of the five years, to pass-on the tax holidays.

Consequently, we had to modify our incentives, which are guaranteed in Tanzania by the MIGA, the Multilateral Investment Guarantee Agency of the World Bank.