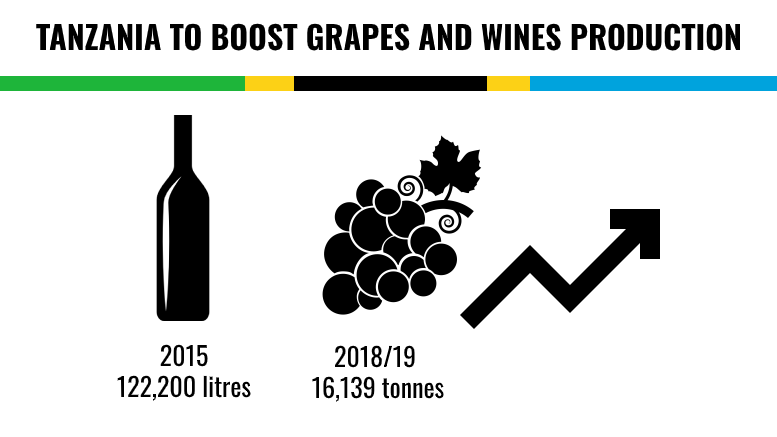 Hasunga added that grapes will be included in the list of economic strategic crops like cashew nuts, cotton, coffee, sisal, oil palm, and tobacco.

During the visit, Cornel Masawe, head of TARI, explained that Tanzania is the only country in the world with weather that allows the growing of grapes during two seasons within a year.

Masawe added that TARI is in the process of importing 13 new grape types from South Africa.

Tanzania is growing grapes only in Dodoma but recent research has shown that the crop can grow well in other regions such as Morogoro, Kilimanjaro, Tanga, Babati, Karatu, Tabora, Bunda, and Peramiho.

The Tanzanian government is now planning to identify land with the potential for the establishment of large grape plantations.

Currently, Tanzania is the 2nd largest producer of wines in Sub-Saharan Africa after South Africa. During 2018/19, the country produced 16,139 tonnes of grapes, as reported by the Ministry of Agriculture.

Tanzania’s wine production stood at 122,200 litres in 2015, according to the latest data published in a market study of the Lutheran World Relief.