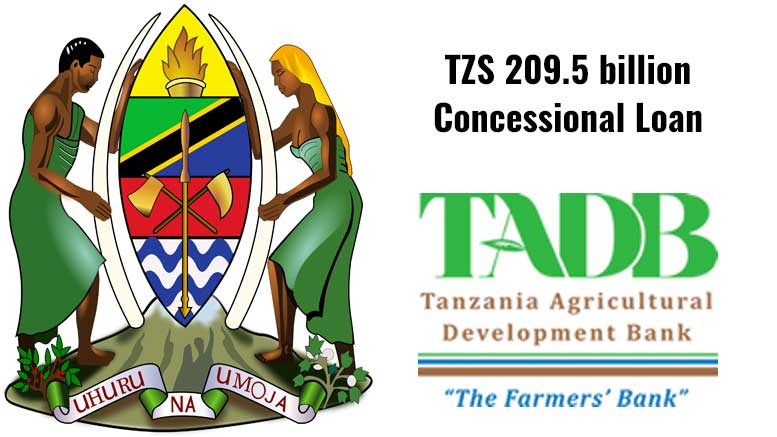 The Agricultural Development Bank of Tanzania (TADB) has signed a Memorandum of Understanding (MoU) for TZS 209.5 billion (USD 93.5 million) from the Tanzanian government as capital for developing the agricultural and livestock sector in the country.

Speaking during the signing ceremony, the Deputy Permanent Secretary at the Ministry of Finance and Planning, Dr. Kazungu Khatib, clarified that the amount is provided under a concessional loan and is part of TZS 800 billion that the government intends to lend to the Bank to promote its capitalization, agriculture productivity and economic growth in the country.

For his part TADB Acting Managing Director, Mr. Francis Assenga explained that supplied the capital will allow two major objectives of the Bank which includes to facilitate the attainment of food security and food self-sufficient in the country and to facilitate the transformation of Tanzania’s agriculture from smallholder’s subsistence production to commercial production

TADB is a state-owned development finance institution established to deliver short, medium and long- term credit facilities for development of agriculture in Tanzania.