After months of research, the Directorate of Financial Deepening and Inclusion of the Bank Of Tanzania (BoT) issued on 14th January 2023 a public notice to provide an update on its intentions to issue a central bank digital currency (CBDC).

In its notice, BOT explains that it has been researching and exploring the potentiality of issuance of its CBDC and for this, it has formed a multidisciplinary technical team to examine practical aspects of CBDCs.

Already in 2021, BOT organized the 20th Conference of Financial Institutions in Tanzania with a thematic topic on CBDC and crypto assets. Furthermore, it has organized sessions with stakeholders in the country on this subject to obtain their views.

BOT also had several sessions with international private firms which are involved in providing technical infrastructure and solutions to CBDC.

This ongoing research stage involves choosing a suitable approach to CBDC which takes into consideration the Tanzania context. The considerations include the type of CBDC to be issued (wholesale, retail, or both), the models for issuance and management (direct, indirect, or hybrid), a form of CBDC (token-based or account-based), the instrument design (remunerated or non-remunerated) and degree of anonymity or traceability.

Particular attention also is paid to risks and controls associated with issuance, distribution, counterfeiting, and usage of currencies.

RELATED:  Current Growth in Credit to Private Sector to Have Significant Contribution to Economic Growth of Tanzania

The research revealed that more than 100 countries in the world are at different stages of the CBDC adoption journey with 88 at the research stage, 20 under proof of concept, 13 at pilot stage, and 3 being launched.

Analysis of these findings indicates that the majority of central bankers across the world have taken a cautionary approach in the CBDC implementation roadmap, in order to avoid any potential risks that can disrupt the financial stability of their economies.

And six countries have canceled their CBDC adoption due to structural and technological challenges in the implementation phase. These challenges include the dominance of cash in making transactions, the existence of inefficient payment systems, high implementation costs, and the risk of disrupting the existing ecosystem.

In light of this, BOT has decided to adopt a phased, cautious, and risk-based approach to the adoption of CBDC.

The Bank will continue to monitor, research, and collaborate with stakeholders, including other central banks, in the efforts to arrive at a suitable and appropriate use and technology for the issuance of Tanzanian shillings in digital form.

Upon conclusion of the research phase, the Bank will provide information to the general public on the way forward, which may include a roadmap for the transition to the adoption of CBDC.

CBDCs are digital versions of fiat currency (such as USD, EUR, and TZS), issued and backed by a central bank.

Fiat currencies are issued and backed by a government or central authority, such as a central bank. Their value is based on the government’s ability to maintain its value by controlling supply and demand, are used as a medium of exchange in transactions, and are considered legal tender within their respective countries.

CBDCs are designed to be used for secure and efficient electronic transactions, while also providing a way for central banks to maintain control over the money supply and financial stability.

The Bahamas became the first currency in the world to officially launch its digital currency, the Sand Dollar, in October 2020, followed by Nigeria with its e-Naira in October 2021.

China has rolled out its CBDC, the e-CNY, to several cities in the country, including Beijing, Shenzhen, and Shanghai. India has also launched a pilot scheme in both the retail and wholesale sectors. 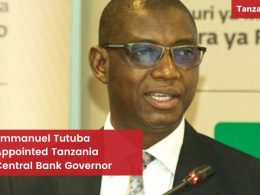 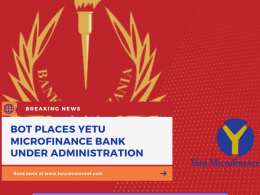 The International Finance Corporation (IFC) announced today that it will provide a USD 100 million loan to CRDB…
This website uses cookies to improve your experience. By continuing to browse the site, you are agreeing to our use of cookies.Accept
Privacy & Cookies Policy