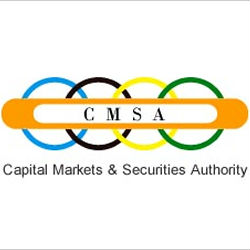 After registering a company and identifying a trading house, the process to establish the first commodities market in the East African Community (EAC) has moved into the final stages of establishing the Tanzania Commodity Exchange Market (TCX).

The final steps of the process include the creating and passing of a law that will be presented to Parliament in February 2015 followed by the training, testing and licensing of the dealers and brokers.

To this end, the CEO of the Tanzania Capital Markets and Securities Authority (CMSA), Nasama Massinda, has indicated that the funding for the training and licensing program has already been secured from the World Bank.

“We have made great strides toward the establishment of the commodity market,” she said, “We have registered a company and identified a trading house [and] have also secured funds for public education and awareness programs from World Bank.”

Additionally, according to the CMSA, the commodity exchange is intended to provide assistance to farmers for the sale of their produce and will expose them to reliable domestic and international markets with four crops being traded during the initial launch period of the exchange including cashew nut, coffee, cotton and rice.