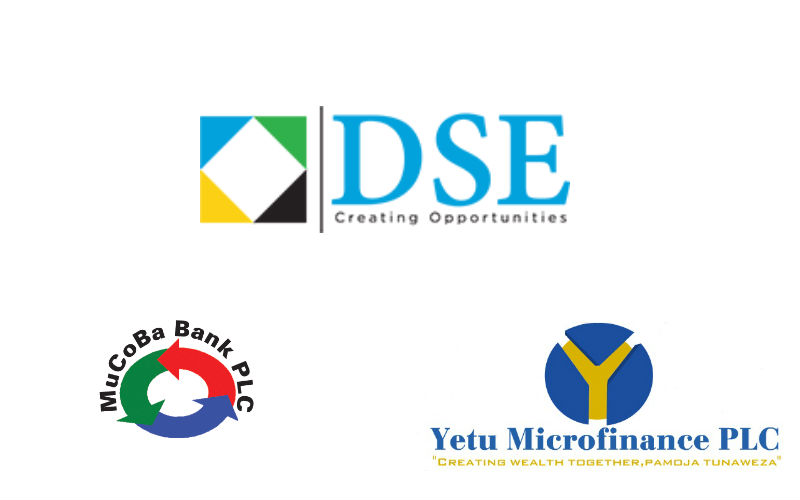 The Dar es Salaam Stock Exchange (DSE) has recently announced that two financial institutions are set to list in the bourse’s Enterprise Growth Market (EGM) segment as soon as all the listing requirements are met.

The announcement was done by DSE CEO Moremi Marwa, whom explained that the financial institutions are Mucoba Bank Plc, a community bank involved with providing banking services to Mufindi and neighboring districts, and Yetu Microfinance Plc, a branchless and mobile banking dealing with products and services for small and medium-sized enterprises (SMEs) in the country.

The DSE is just waiting from both financial institutions the results of the initial public offerings (IPOs) launched during the H2-2015 to complete the listing assessment, Mr. Marwa added.

Mucoba Bank raised a total of TZS 5 billion after successfully issuing 20 million shares at a price of TZS 250 per share between July and September, 2015.

Yetu Microfinance sold 50% of the more than 25 million shares that it offered at a price of TZS 500 that were meant to raise a total of TZS 12.5 billion.

Yetu is yet to complete its allotment process since it needs to register and open accounts at CRDB Bank Plc for more than 12,500 small investors who in average bought TZS 174,000 in shares.

Mucoba Bank and Yetu Microfinance together with Mwalimu Commercial Bank, wich already lists at DSE under the ticker MCB, filed for IPOs in 2015 to meet the new requirements of core capital set by the Bank of Tanzania (BOT).