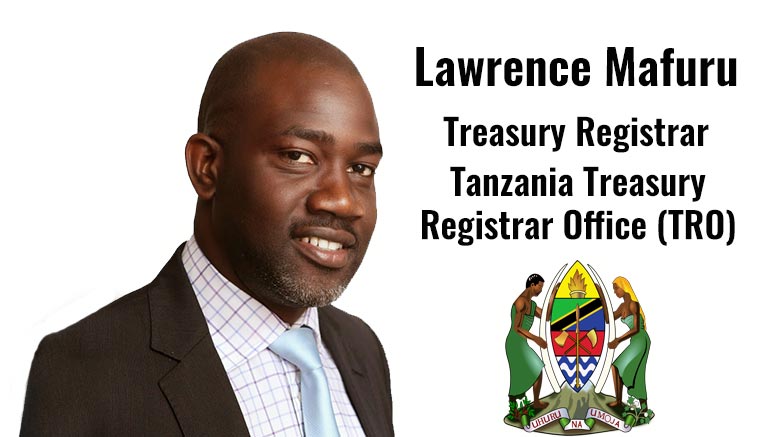 TanzaniaInvest had the pleasure of interviewing Lawrence Mafuru, Treasury Registrar at the Tanzania Treasury Registrar Office (TRO), the entity in charge of monitoring and evaluating the performances of all state-owned companies, and to invest or dispose investments in these companies.

Mafuru clarifies the privatization strategies and modalities of the current government, and the upcoming available opportunities.

TanzaniaInvest (TI): Tanzania went through the privatization of state-owned companies in the 1980s and 1990s. However, the government is aiming at retaking control and privatizing them again. Why is that?

Lawrence Mafuru (LM): Post-independence from the British government, in the 1960s until late 1970s, nationalization took place, with a view of the government to take control of the economy.

Like many other African countries, Tanzania wanted to make sure that the economy is indigenized.

However, after nationalization, it became very clear that with industries that are only focusing internally, input substitution policy would not work.

Tanzania was a very small market by then, and it couldn’t really afford multimillion-dollar investments in industries just serving the Tanzanian population.

Then, in the 1980s, the global socioeconomic platform changed, moving away from state-owned economies and enterprises towards free market economies led by the private sector.

It was a global move, and Tanzania was no exception.

So, the focus changed from owning companies 100% to allowing the private sector to bring in capital.

This happened in the 80s, early 90s, when the Tanzanian economy started being liberalized with private players coming in.

This is when banks like the National Bank of Commerce (NBC) were privatized and many other privatizations took place, under the coordination of the Presidential Parastatal Reform Commission (PPRC).

Sensitive sectors like telecommunications and transportation were kept within the portfolio of the government, but a number of other parastatals were partly privatized, under many different ways of privatization.

Some were partly financed by the government and the private sector.

As a result, some privatizations were more successful than other.

Now, the government wants to open up a process which will bring serious strategic investors who can actually turn around underperforming companies that were privatized.

Most of these were sold through tenders and bids. There were privatization agreements, asset sales agreements, and there were all sorts of commitments that were included.

There were a number of key objectives in these privatizations that were agreed upon: injection of capital, modernization of the industry, creation of jobs, and increased production and exports.

But if you look at the results, these are not always in line with what was committed by the investors.

Investors breached the agreements, and so, in those cases, the government wants to bring new investors who can turn around these companies. The government does not to want to own them.

TI: The upcoming privatizations are being carried out by the Treasury Registrar Office (TRO), which you represent. What are the other functions of the Office?

LM: After PSRC delivered its mandate, its role was moved into the Consolidated Holding Corporation (CHC), whose function was to continue and finalize what PSRC started.

Before 2010, the ownership role of government investments in all these state-owned companies was undertaken by the Office of the Treasury Registrar, a department within the Ministry of Finance & Planning.

The new Act changed the office into an independent autonomous body, TRO, still under the Ministry of Finance, but as a standalone corporation.

TRO key functions are the ownership, but also supervision of all the entities that the government owns.

In 2012-13, the government decided to bring CHC functions to an end, and its roles were now included in TRO.

TI: Can you clarify how many companies you’re monitoring and looking to reprivatize? What is the strategy?

LM: There are nearly 300 entities across all sectors, that the government is looking to make available to investors.

After we identify that an entity is not developing as agreed and planned, we prepare a cabinet paper for the government where we include our recommendations, after which the company will be opened for other investors to come.

So we are currently waiting for clearance from the cabinet, to put those entities in the market.

We already have a number of companies available to investors: a tea factory in Lushotho, tanneries in Mwanza, and we most likely will have a textile industry here in Dar es Salaam.

TI: How will you ensure that the mistakes in the past privatizations will not be repeated?

To avoid this we want to ensure that privatization will be a very competitive process.

We want to involve as much as we can, the Tanzania Investment Centre (TIC), in the process, because they’ve proved to have a better way of bringing in investors in the country.

So, some of these investment opportunities will be placed to TIC for them to secure investors.

The objective is to have all these companies perform in a manner that a business entity is supposed to.

They should stop being a burden to the central government and relieve this treasury from writing checks for their salaries and losses, and if they have surplus funds, these have to come back to the government, to finance other projects.

The contribution that is expected to come from all those companies is estimated to be around TZS1.3tn in the 2016-17 financial year, from half a trillion this year. This is more than 100% increase.

And if that happens, it will be almost 1% of GDP non-taxed revenue – a contribution from parastatals unheard of for this country.

TI: To conclude and clarify, what are the respective role of the private and public sector under this new government?

LM: This government has made the decision that both the public and private sector will develop the Tanzanian economy.

The government will focus on those areas that the private sector is not interested in.

The challenge in the past has been with some private investors who have come to Tanzania but have not been very transparent when dealing with the government.

Therefore, there’s always been some suspicion in how business is done.

But also, there’s been an unjustified suspicion on the government’s side, suspecting that every businessperson is not trustworthy.

I think the truth of the matter is, somebody who is going to invest in Tanzania is here to make money, and this is not a bad thing.

I think what is key is making money in a manner that makes everybody comfortable and does not leave any suspicion.

And that, I think, will be the key fundamental if the private sector is going to be successful in working with the government of Tanzania.

Interview with Devota Mdachi, Ag. Managing Director Of The Tanzania Tourism Board (TTB)