The 2U Risked Prospective Resource is estimated at 14.0 Bcf.

The presence of helium in Tanzania’s hot springs was first detected by geologist TC James in 1956 with concentration levels of 13 to 18% helium recorded in the gas analysis.

In recent years studies have been undertaken to understand why these exceptionally rich helium occurrences arise.

In 2016, a study by the University of Oxford noted that “There needs to be a thermal release of helium from the ancient crustal material, which is why high helium deposits are so rare. Tanzania meets this very rare criterion.”

Another study by the Durham University indicated that “Within the Rukwa Rift Valley, helium seeps occur in the vicinity of trapping structures that have the potential to store significant reserves of helium.”

This is based on the discovery of helium in the Lake Rukwa area in Southwestern Tanzania by exploration company Helium One.

Rukwa is a large-scale, high-grade, primary helium project covering an area of approximately 3,590 km2 in southwestern Tanzania in the Rukwa Rift Basin, comprising the Western Branch of the East African Rift System.

It has the potential to become a strategic asset in resolving a supply-constrained market.

Helium exploration company Helium One (AIM: HE1), through its wholly-owned subsidiaries, holds a 100 percent legal and beneficial interest in the licenses that make up the Rukwa Project.

Helium One has identified 21 prospects and 4 leads based on a high-resolution aerial gravity survey and 1,100 line km of reprocessed seismic data.

Helium concentrations up to 10.2%He have been recorded in surface seeps, representing an incredibly high grade compared to typical values of 0.1-0.3% associated with hydrocarbon by-product production.

The closest town to the project is Mbeya which is approximately 130 km away and is the fifth largest city in Tanzania.  Mbeya can be accessed along the A7/TANZAM highway and excellent infrastructure exists in the town to support project operations.

Drill locations have been identified in three distinct geographic areas to test different types of trap and seal configurations. The maximum drilling depth for these wells is estimated at 1,200 m.

In June 2021, Helium One has announced the commencement of its exploration drilling program at the Rukwa Project.

Drilling of the first well is expected to take approximately one month to complete and will produce valuable information about the subsurface.

Eyasi and Balangida are located in north-central Tanzania. Both projects have exceptional helium gas concentration at the surface.

The projects developed by Helium One but are not as advanced in their exploration as the Rukwa project.

However Helium One has commenced work programs, including an airborne gravity survey, to define the prospective sub-surface structures.

The Eyasi project is located at Lake Eyasi in north-central Tanzania. Helium One holds four Prospecting Licences covering an area of approximately 910 km2.

The project is supported by established infrastructure and is 800 km from the port of Dar es Salaam via a sealed arterial road.

The Balangida project is located at Lake Balangida in north-central Tanzania. Helium One holds one Prospecting Licence covering an area of approximately 260 km2.

No historic work has been undertaken within the Balangida project area, but Helium One has commenced limited exploration across the project.

Gas analysis conducted during 2015 returned helium concentrations up to 10.6% from thermal springs.

The project benefits from established infrastructure and is 690 km from the port of Dar es Salaam via a sealed arterial road. 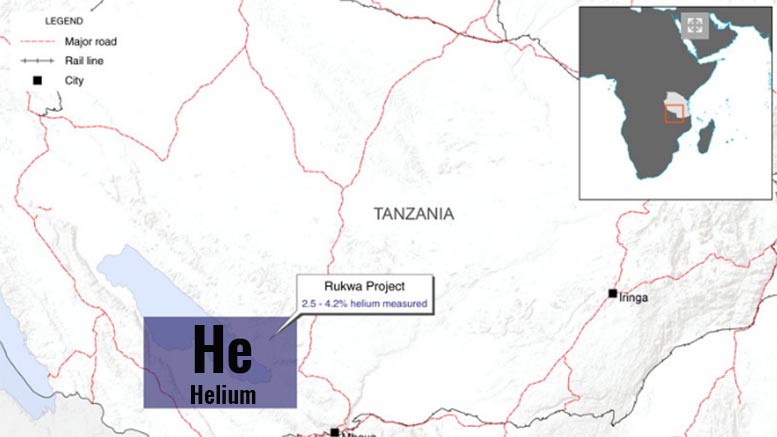 Helium exploration company Helium One (AIM: HE1) has announced the presence of helium enriched gas in drilling mud…

Helium exploration company Helium One (AIM: HE1) has announced the commencement of its exploration drilling program at the Rukwa…

Helium Exploration in Tanzania to Start in 2018 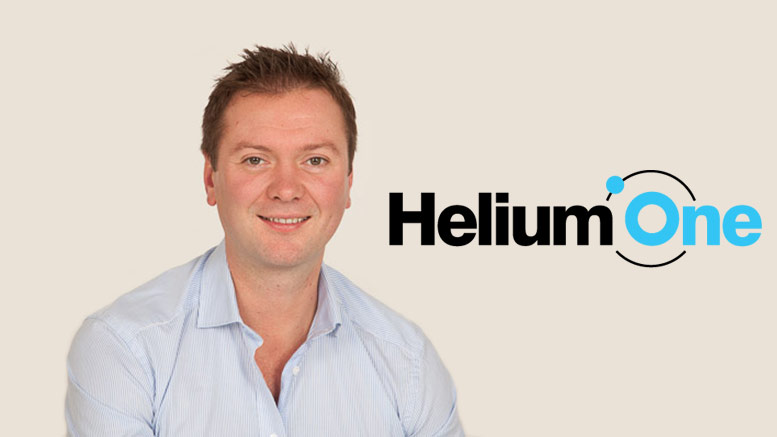 Exclusive Interview with Thomas Abraham-James CEO of Helium One

54 Bcf of Helium Potential in Tanzania