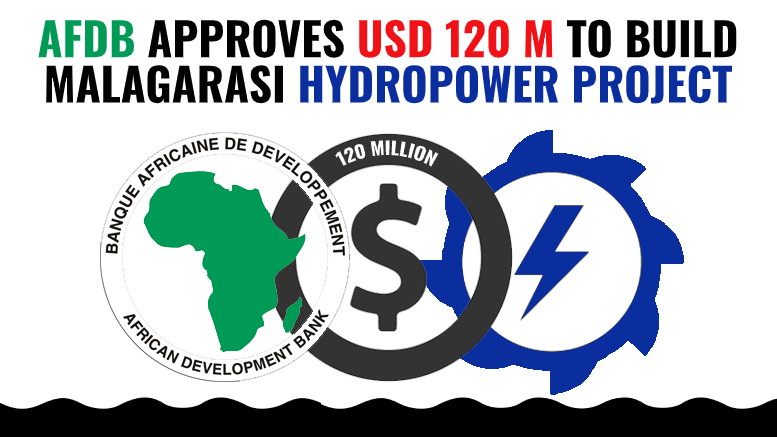 On 27th May 2021, the African Development Bank (AfDB) and the Government of Tanzania have signed loan agreements totaling USD 140 million to finance the construction of the 50 MW Malagarasi hydropower plant in Western Tanzania.

The agreements cover a USD 120 million sovereign loan from the Bank and USD 20 million from the Africa Growing Together Fund (AGTF), administered by the Bank.

The project is one of Tanzania’s priorities under its Second Five-Year Development Plan and will also advance the objectives of the country’s Vision 2025.

It also aligns with two of the Bank’s High Five strategic priorities, namely, Light up and Power Africa and Improve the quality of life for the people of Africa.

The project is one of six transformative infrastructure projects, with a total value of USD 1.12 billion, that the AfDB has approved in Tanzania over the last three years.

During the signing of the loans, Tutuba reaffirmed the government’s commitment to working closely with the Bank in efforts to realize the national and international development aspirations and noted that the country was a proud founding shareholder who regards the Bank as a “development partner of choice.”

RELATED:  Access to Electricity in Rural Tanzania Reach 69.6% of Villages in 2021

For his part, Nwabufo said that the loan agreements are another testimony of the joint commitment to working together to support Tanzania’s development aspirations and the Bank is committed to remaining a privileged and trusted partner of choice.

The AfDB support for the development of the Malagarasi hydropower plant was announced in December 2020 when the Bank first approved its financing.

The hydropower plant will provide reliable renewable energy to households, schools, clinics, and small and medium-sized enterprises in the Kigoma Region.

Its expected average annual output of 181 GWh will meet the electricity needs of as many as 133,649 Kigoma households, bringing the region’s electrification rate more closely in line with the rest of the country.

The President of AfDB Adesina Akinwumi noted that the approval of the project “is a reflection of the Bank’s commitment to assist the Government of Tanzania to accelerate its transition to more inclusive and sustainable growth through the production of clean, reliable and affordable electricity.”

Hydropower accounts for 31% of Tanzania’s energy mix with 562 MW installed capacity, while estimates of potential additional capacity are as high as 4.7 GW. However, weak transmission infrastructure is considered a significant short-term barrier.

The AfDB Group’s total ongoing commitment in Tanzania is about USD 2.33 billion in value and covers the key sectors of transport, energy, water supply and sanitation, agriculture, governance, and finance.

The Africa Growing Together Fund is a facility sponsored by the People’s Bank of China and administered by the African Development Bank.